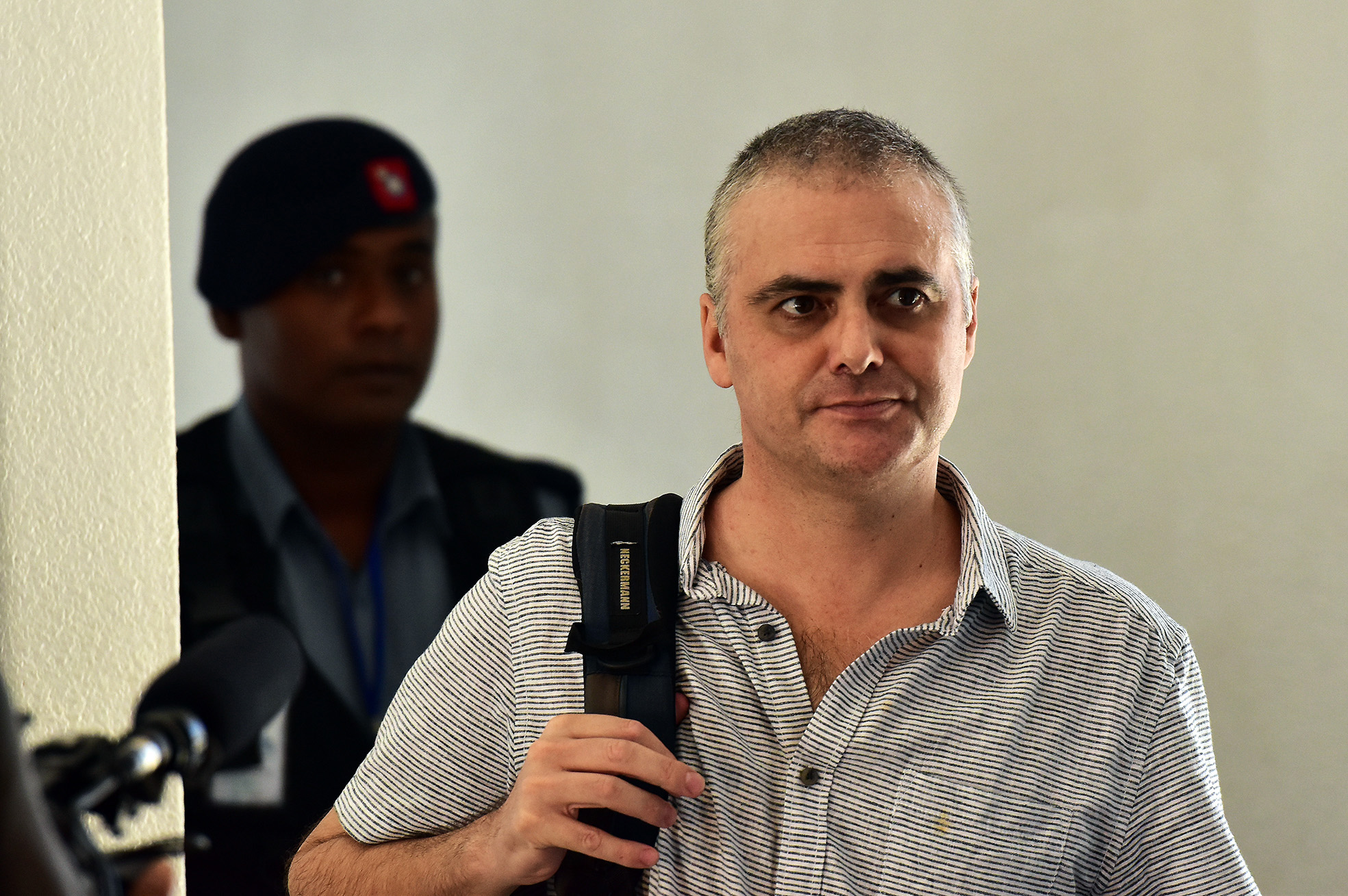 ABOUT $38,400 of wire transfers were made through three transactions by John Geoffery Nikolic.

This was revealed by the 11th prosecution witness, detective acting Corporal Aten Prasad, at the High Court in Suva yesterday.

State lawyer Shelyn Kiran asked Mr Prasad to list down the documents that he had pulled out from a black file which was obtained from the yacht Shenanigans.

During cross-examination, Mrs Nikolic’s lawyer Ronald Gordon put it to Mr Prasad that the person sending the money in the wire transfers was Mr Nikolic to which Mr Prasad said yes.

He further put it to Mr Prasad that the three wire transactions had nothing to do with Mrs Nikolic or the yacht Shenanigans to which Mr Prasad said yes.

When asked by Ms Kiran on what basis his instructions on June 22, 2018 were, Mr Prasad said he was informed by his crime officer that drugs were found on a yacht and he was instructed to go to the scene.

Mr Prasad said that when he arrived at the scene, he saw a European man lying motionless while two European ladies were crying.

He further said that Customs officer Vasiti Toga told him that 13 bars were found and the captain, Mr Nikolic, attempted to commit suicide.

A greyish brown revolver, a blackish brown shotgun, and live ammunitions were shown to the court yesterday by Mr Prasad as evidence which was handed over to him by Ms Toga on June 22, 2018.

Mr Prasad informed the court that after the exhibits were handed over to him, he took it to Namaka police station and handed it over to police officer Jone Naviri who is an exhibit writer.

He also mentioned that the guns and ammunition were examined by Republic of Fiji Military Forces Sergeant Eliki Seasea.

Defence lawyer for Mr Nikolic, Wasu Pillay, asked Mr Prasad if he had stated the date and time on the handing over note that was given to the forensic department to which he said no.

During re-examination Ms Kiran asked Mr Prasad to explain why he had not noted the date and time on the handing over note.

Mr Prasad informed the court that the date and time were recorded in the forensic department’s books.

The trial will continue today before judge Justice Daniel Goundar.