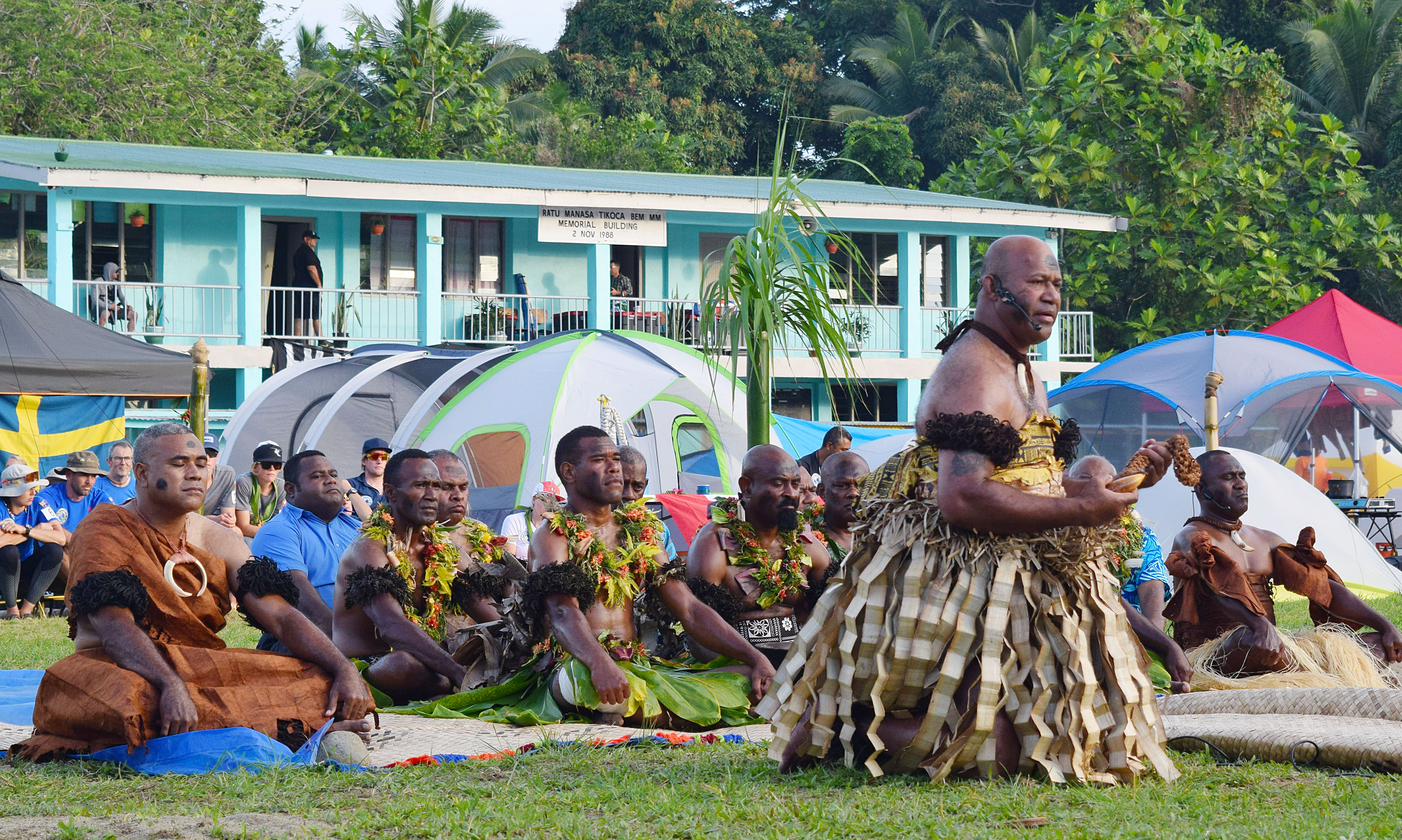 People of the vanua Naceruku welcomes the guests at the launch of the World's tougest Eco challenge at Nabita District School in Tailevu on Monday. Picture: SOPHIE RALULU

FILM Fiji has hosted 362 productions with a total value of $897 million in the past five years.

“This year has kicked off with a bang and I’m happy to say the first half of the year alone has already hosted $102 million worth of productions. Needless to say, this year is going to be busier and with more productions scheduled for the second half of this year, we’re looking at another record breaking year for the industry,” she said.

She made the comments while officiating at the launch of Eco-Challenge Fiji at Nabitu District School in Tailevu on Monday.

“In addition to tourism, this event is elevating Fiji’s position as an ideal place for audio-visual productions. We’re proud to be home to Survivor US for the past 8 seasons. Fiji has been featured in the US media extensively, and with Eco-challenge we expect to increase that reach further and create more interest for productions in Fiji,” she said.

She added Fiji offered one of the best film rebate incentives in the world with 75 per cent for all costs incurred in Fiji.

Also present at the launch was Mr Bear Grylls the host and one of the Executive producers.

He starred in seven seasons of the Discovery Channel’s Emmy Award-nominated Man vs. Wild television series, which was one of the most-watched shows of all time reaching an estimated 1.2 billion viewers.