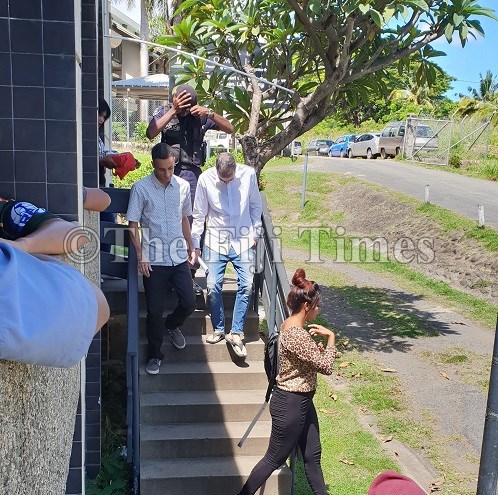 Shaneil Autar (left) and Marc Winston make their way out of the High Court in Lautoka at an earlier court sitting. Picture: SITERI SAUVAKACOLO

TWO men charged with the alleged trafficking of $35 million worth of cocaine  to Australia last year have pleaded not guilty to charges against them.

The state is also expected to file further disclosures from the Australian Federal Police who also took part in the case investigations.

Their case will be called again on March 11.

COVID-19: 53 to front court for alleged breach of restrictions