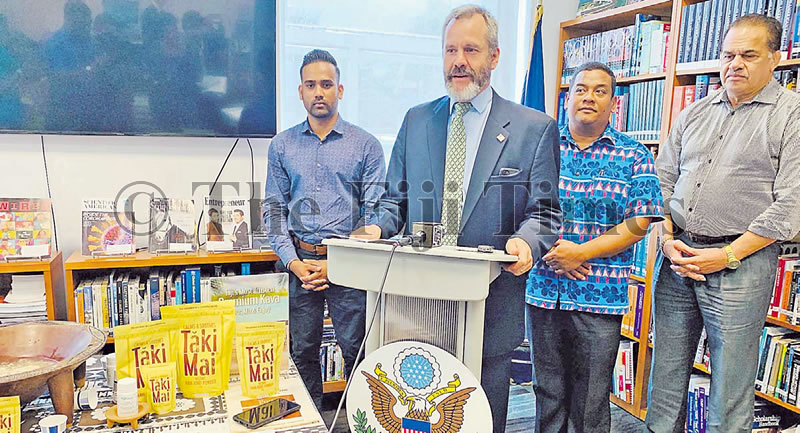 The United States is one of the largest export markets of kava for Fiji, which has earned about $32 million from kava exports last year.

According to the US ambassador to Fiji, Kiribati, Nauru, Tonga and Tuvalu Joseph Cella who hosted the Fiji Forward Kava Workshop, the interest of kava beverages was growing in the US especially as most of the drinkers were looking for the health and nutrition aspect of it.

“This is really an extension of what we launched on May 19, bringing all sectors, segments and strata together during the challenge of the pandemic and having a dialogue spotting opportunities out of the challenges that exist,” he said.

“Building on the great trade lanes that exist between Fiji and the United States of America that are really rooted in our long historical ties, that go back before WWI.”

He said it was the embassy’s work to build and augmenting bridges which already existed as part of the trade.

“But again this is really an example of the opportunity that are out there, very bright future based on the interest of kava growing in the United States whether it’s the extra beverages.

“This is a niche product that many people are looking for as well as health and nutrition and interestingly the pandemic have taken a sharper focus on to that element of nutrition.

According to John Sanday, the US market allowing the exports of kava from Fiji has allowed many farmers in the country to benefit from this financially.

At that level, it is very much appreciated and we hope that the US government will continue to provide leadership in that space.

Secondly, from our experiences dealing with the customers in the US, while the immediate and enormous opportunity exists in the commercial trading of kava and the export opportunities and profit-making opportunities, there is also another dimension in that.

He said a lot of consumers had given them their feedback as to how kava had helped them with the alcohol and drug addictions.

There were reported to be around 180 kava bars throughout the US.