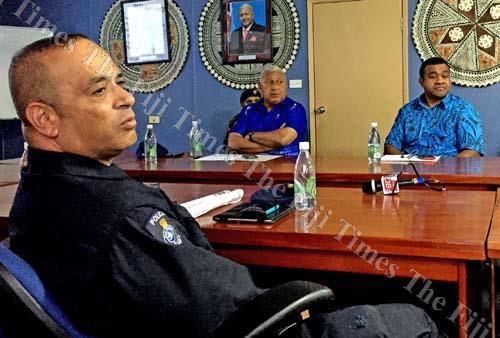 A TOTAL of 3145 evacuees are now seeking shelter at 54 evacuation centres active in the Western Division.

Mr Leweniqila said the Category 3 storm had the potential to be more destructive because of the rainbands that Fiji had been experiencing for the last few days.

“We anticipate the wind to be strong because as it comes close to Fiji, it is picking up strength and speed of a Category 3, which should be between 120-150km an hour,” Mr Leweniqila said.

“At that strength, expect trees falling and roofs flying if they are not nailed down properly.”

He said the destruction caused can be likened to that of Tropical Cyclone Evans which hit Fiji in 2012 and left behind a damage bill of $169.9 million.

Mr Leweniqila said the most vulnerable would have been houses without proper engineering certificate.