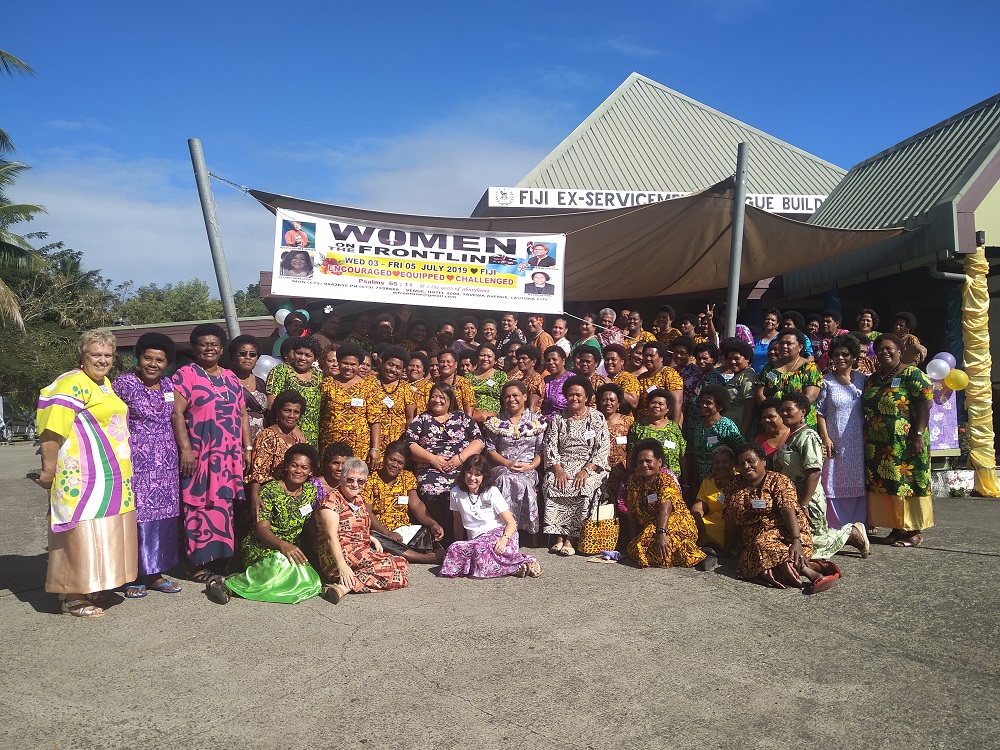 Minister for Women, Children and Poverty Alleviation Mereseini Vuniwaqa (centre) at the opening of the Women on the Frontline Fiji Conference in Lautoka today. Picture: REPEKA NASIKO

CLOSE to 200 women from across the country are participating in the Women on the Frontline Conference that officially opened in Lautoka today.

The different denominational conference brings together women from different sectors of society, including Government, religion, traditional and entertainment sectors.

Minister for Women, Children and Poverty Alleviation Mereseini Vuniwaqa said since the inception of Women on the Frontline Fiji, the organisation had been a strong voice in empowering, equipping and mobilising Christian women through those conferences.

“While understanding the important role of women in any given society, the movement calls for women to be engaged in whatever capacity to influence the seven spheres of religion, media, government, education, business, family, arts and entertainment,” Mrs Vuniwaqa said.

“Government through its policies and programs recognises the role of women in influencing these spheres.

“The ministry is at the forefront of building capacity to empower women through gender equality. Our ministerial programs continue to promote women’s economic participation by supporting women-led income-generating projects and aims to eliminate violence against women and children.”