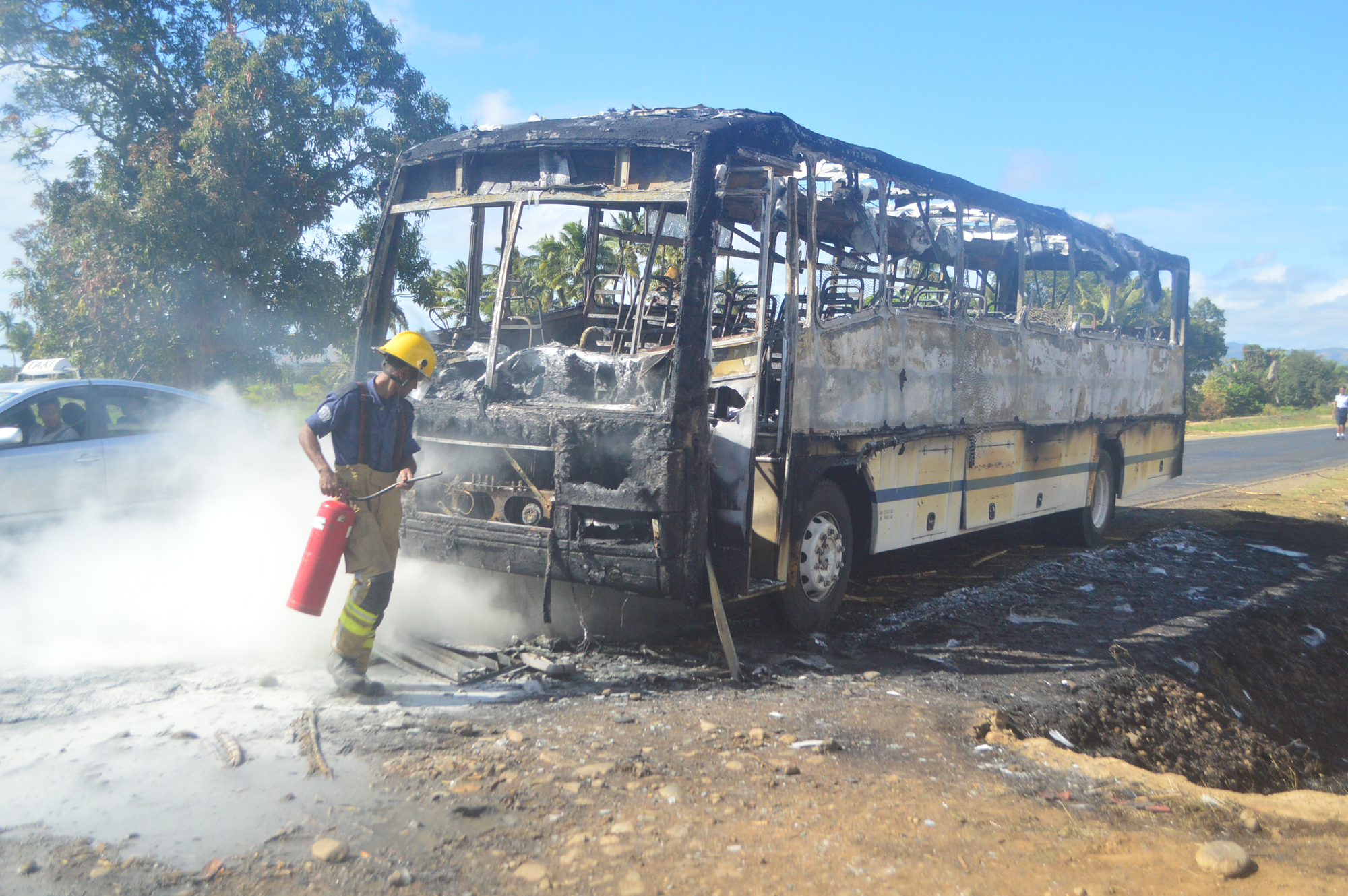 A Fiji Transport bus caught fire on its way to Lautoka from Ba near Lovu in Lautoka on Thursday, September 6, 2018. Picture: REINAL CHAND

ABOUT 30 people escaped relatively unscathed from a bus that caught fire on the Kings Rd at Lovu in Lautoka, yesterday.

Images uploaded on social media showed the fire inside the front portion and racing along the mid-section of the bus.

Fiji Transport Ltd managing director Anil Singh said they were still yet to ascertain the cause of the blaze.

“It happened very quickly, within a few minutes it was on fire,” he said.

“I am glad that no one got seriously injured, there were a few people who got minor injuries in the panic to get out of the bus when the fire started.”

Mr Singh said the fire had come at a significant cost to the company.