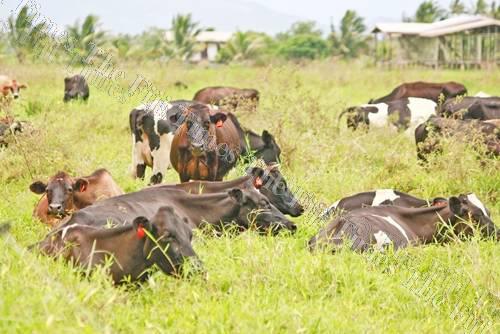 Cattles grazing in a farm in Tailevu. Picture: FT FILE

This was revealed by Agriculture Minister Dr Mahendra Reddy who said some 22,019 cattle were tested for Brucellosis by the ministry in 2018.

Dr Reddy said they had extended “the testing to the Western and Northern divisions.

Dr Reddy has also urged farmers to clean up their farms.

He said said the ministry would be releasing new breeds of cattle that would be high yielding, high carcass and high milk producing breeds, and that this exercise would be useless if farmers did not eradicate their farms from Brucellosis and Tuberculosis (TB)-infected cattles.