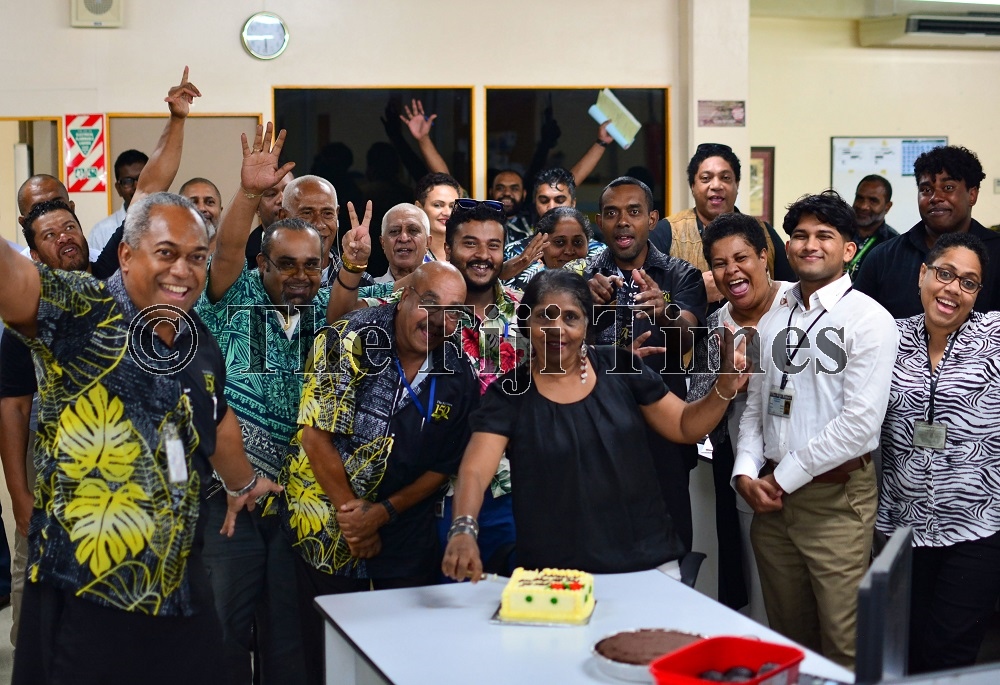 When she was selected as a recipient of the Indian Council for Cultural Relations scholarship in 1982, Nilam Kumar thanked God for answering her prayers.

She had an inkling that her life would not be spent on slaving on a cane farm in the sweltering hot Labasa sun.

It’s ironic that her trip to Suva to attend an interview at the Indian High Commission was made possible through The Fiji Times — an organisation that would later become her “home” for 25 years.

“Winning $365 in the then Fiji Sixes competition paid for my trip from Vanua Levu to Suva to be interviewed for the scholarship,” she shared.

Upon her return from India, Nilam took up an opportunity at The Fiji Times’ vernacular newspaper, Shanti Dut.

More than 25 years later as her colleagues at The Fiji Times bade her farewell, Nilam recalled how long and hard the journey to and through the country’s oldest newspaper had been.

At her farewell from The Fiji Times two weeks ago, editor Fred Wesley said while she spent a quarter century as editor of vernacular newspaper Shanti Dut, it was her two months with The Fiji Times that were perhaps, her crowning moments.

The passion with which she went out into the field and listened to those most affected by COVID-19 and Tropical Cyclone Harold, and the tears she shed as she shared with colleagues the difficulties and challenges many families, elderly, sick and destitute were facing, spoke volumes of her love for people.

The articles she covered about the harsh realities of people living in Housing Assistance Relief Trust homes and other informal settlements around Suva received a tsunami of responses from people who had little to no inkling of the level of poverty that existed in peri-urban areas in and around the Capital City.

Nilam’s love for people stems from the fact she comes from a family of 11 siblings and she was brought up tough in the cane fields of Naleba, Labasa.

Her journey to The Fiji Times began after she travelled to India as a 19-year-old in 1983 to study Advanced Diploma in Hindi Language and Teacher Training at the Central Institute of Hindi in New Delhi.

“In 2000, I was appointed Shanti Dut editor, a role I held for 19 years, keeping our Fijians of Indian descent abreast with local and international news.”

Nilam said there were no bad memories, only “challenging times” in her 25 years in the news business.

“Some of the challenging times in the media industry during my time was the 1987 coup — an experience I would never forget especially after being taken with four other staff members of the newspaper at gunpoint.

“Tropical Cyclone Winston and the stories that emerged out of the strongest cyclone in the southern hemisphere to make landfall was a reminder of the beauty of the Fijian spirit as we worked together to rebuild our lives.

“The third one was the COVID-19 pandemic which has made vast changes in our lives to this day.”

She is married to Suresh Kumar with whom she has a son, Vishaal Kumar, who is employed as a reporter with The Fiji Times — sharing his mother’s passion.