22 cases of bogus agents under investigation 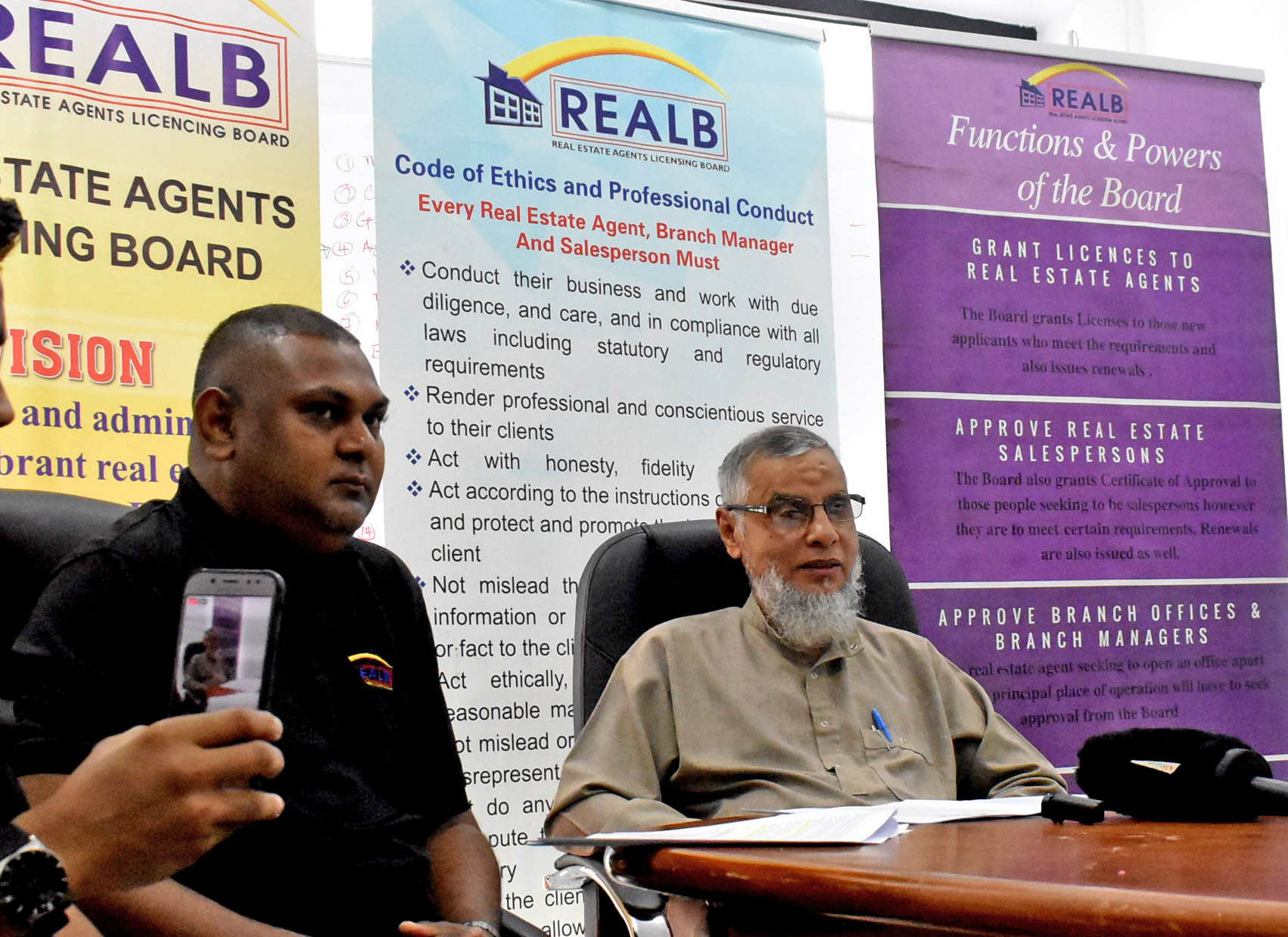 THE Real Estate Agents Licensing Board (REALB) has forwarded 22 cases of bogus agents to the Criminal Investigations Department with four agents being charged so far.

REALBs Compliance and Monitoring officer Vinal Singh said there were a number of challenges faced by his team which needed to change in the Real Estate Agents Act 2006.

“In terms of compliance and monitoring, I think we lack powers to discipline the people and prosecute the bogus agents as they are growing in numbers in Fiji,” said Mr Singh.

He said they had been receiving reports which were trivial but the offences were not clearly defined in the Act.

“Hence, we would also propose the changes so that we are able to define offences such as the agents involved in swearing, stealing and removing marketing boards of other real estate companies,” he said.

REALB chairman Dr Abdul Hassan has urged the public to come forward and submit their submissions to the REALB team during their public consultations at the different locations for the review of the Real Estate Agents Act 2006.

Public consultations will be held on November 19 at the Lautoka City Council open space in the Sugar City Mall from 9.30am to 11.30am and then at the Civic Centre Council hall in Ba from 2pm to 4pm.

Members of the public from Tavua will get the opportunity to make their submissions to the team from 9am to 11am at the Tavua Town Council on November 20 while the consultations in Rakiraki will be held at the Rakiraki Town Council office from 1pm to 3pm.

Dr Hassan said the final public consultations would be held in the Central Division on November 20 at the Rups complex in Nakasi from 9am to 11am with the team moving to the Ratu Sukuna Park from 2pm to 4pm on the same day.

“There have been several cases where the registered agents are engaging unregistered salespersons who act on their behalf to deal with individual property owners. Such property owners become their victims in scams, creating unprofessionalism in the sector.

“Major challenge which we have been facing recently is that we do not have prosecution powers which we are intending to introduce to our compliance and monitoring team,” he said.

Meanwhile the REALB will be holding its annual national conference on November 29 at the Pearl Resort in Pacific Harbour with more than 150 participants expected to attend.