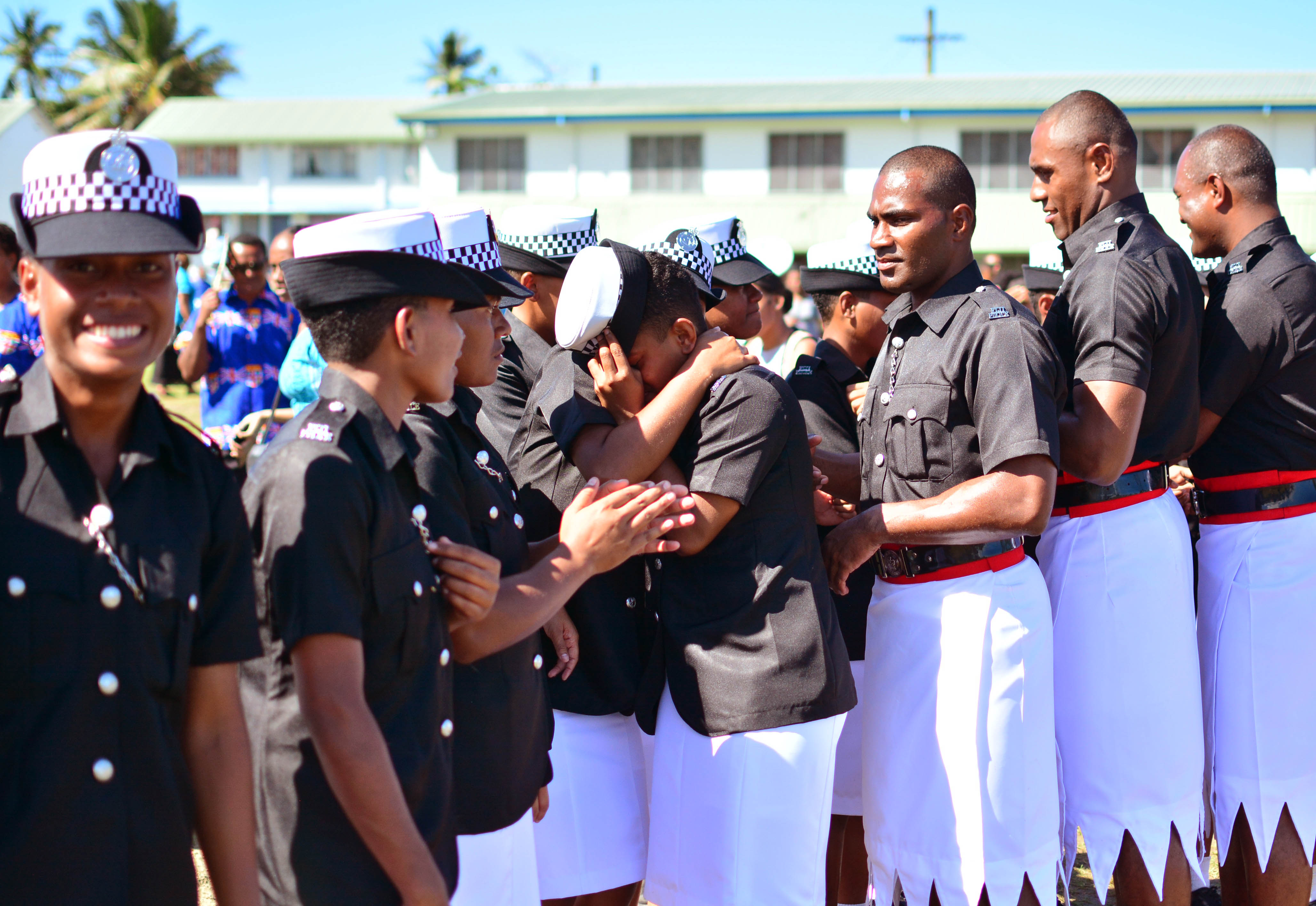 New Police recruits congratulate each other at their passing out parade held at the Nasova Ground in Suva today. Picture: JOVESA NAISUA

A TOTAL of 211 members were part of the Basic Recruit Course Batch 01 of 2019 for the Fiji Police Force passing out parade in Suva today.

Of these, local police recruits included 142 males and 56 female constables.

Apart from our local police constables, six new recruits were from the Tuvalu Police Force and seven from the Nauru Police Force.

Nauru’s Police Commissioner Superintendent Kalinda Blake who officiated at the passing out parade at the Nasova grounds reminded the officers of their duty to continue to uphold the law.

“There will be a huge number of responsibilities placed upon you as you enter the world of work, strive to be the best, always act in a way you can be proud,” he said.

He told the new officers that they needed to believe in themselves and rise to the challenges ahead.