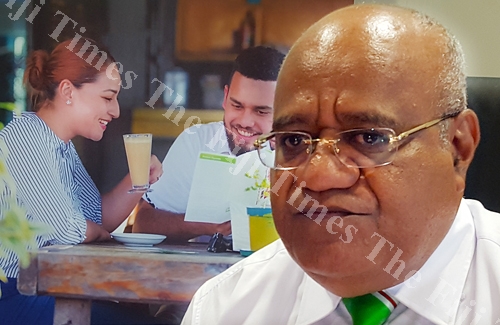 THE recent awareness campaigns held throughout the country on importance of having an insurance policy has contributed to a slight increase in the number of people now applying for a policy. Speaking at a press conference yesterday, BSP Life’s managing director Malakai Naiyaga said although the number of people who actually had an insurance policy was still below 12 per cent, they had seen improvements in the uptake of policies. The company yesterday announced $21.4 million in bonus allocations to its customers in 2017. Mr Naiyaga said it brought the total bonus allocations for the past three years to $53.8m. In 2015 BSP Life had allocated $18.7m bonus in 2015, $19.8m in 2016 and $21.4m in 2017. “Our bonus allocations over the past three years have been growing enabling our policyholders to receive increased value from their policies,” he said. Last year BSP Life had paid out $58.6m in customer benefits whereby $48.1m was for life insurance benefits and $10.5m for medical insurance benefits. “As Fiji’s leading life and health insurance provider it is our firm belief, now more than ever, that insurance is a need and no longer a want. “Two risks that are currently topical in Fiji that re-enforce the need for life and health insurance are the large number of premature deaths because of NCDs and lack of proper retirement planning,” he said. Mr Naiyaga said through their education and awareness programs they not only wanted to encourage people to take out insurance policies but to also encourage a savings culture among the people. Meanwhile Mr Naiyaga said their investment portfolio was valued at $660m, positioning BSP Life as one of the largest leading intuitional investors in the country.