20k transactions made at top-up machines after launch 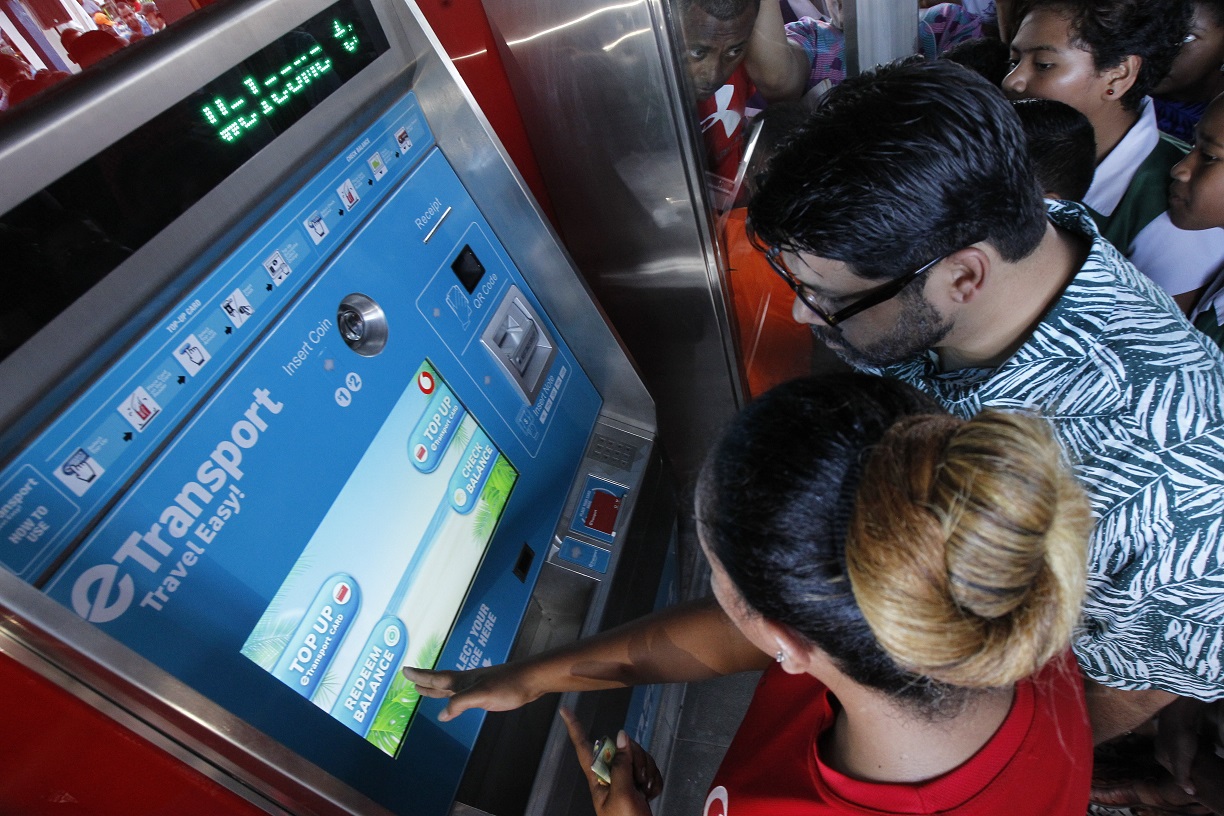 A-G Aiyaz Sayed-Khaiyum is being guided through the e-Transport self-service top-up machine at the Suva bus station on Saturday, April 6, 2019. Picture: ATU RASEA

TWENTY thousand top up transactions were made six days after the launch of the eTransport top-up machines on April 6.

Vodafone’s regional chief executive officer Pradeep Lal said majority of the commuters saw how convenient it was to top up at the bus stations and the machines, he said, have also been a plus factor with people flocking to the machines to top-up their cards.

“We have had a couple of incidents where damaged coins and folded notes were inserted into the machines that jammed the machine tracks and these had to be cleared before the services could resume proper,” Mr Lal said.

“These machines have been brought in to ensure we provide a faster and a reliable service to the people. We urge the public to use it wisely so that machines remain operational with minimum downtime to avoid any disruptions to the service.”

According to Vodafone, five top-up machines have been activated in Suva, Nausori and Nadi bus stations.

He said the machines were an additional top-up channel apart from the 1,200 top-up agents around the country and card top-up option available through M-PAISA.

“Our team is working around the clock to ensure the installation, commissioning, training, and roll-out of the eTransport Top-up Machines at other bus stations across the country happen in a timely manner.

Next bus stations to have the machines installed and activated are Lautoka, Ba and Sigatoka followed by Labasa,” Mr Lal said.