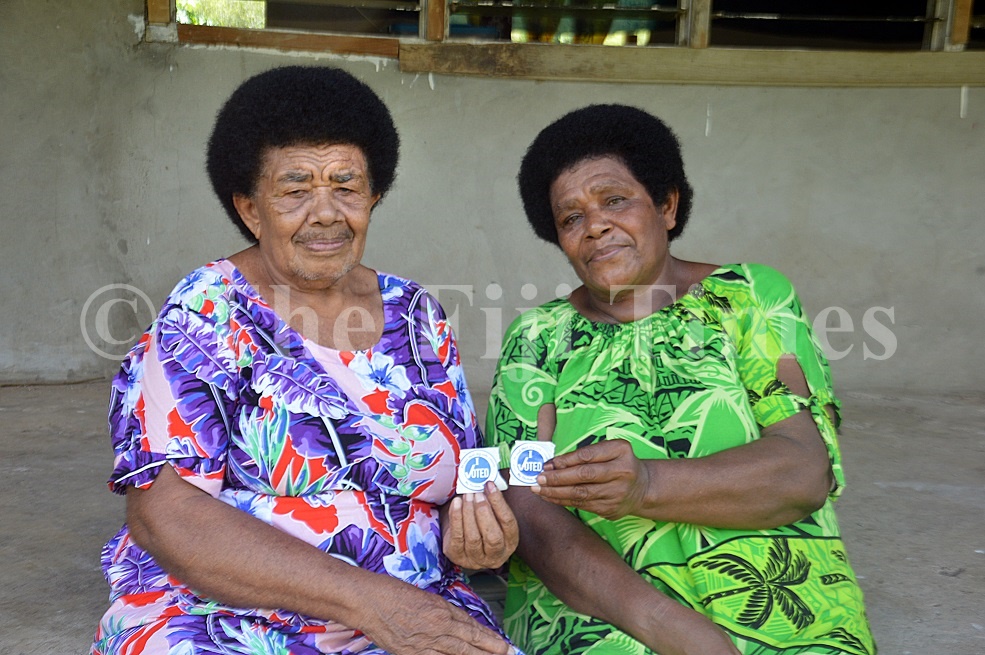 Namesakes Kelera Matalau (left) and Kelera Numia show off their 'I Voted' cards after casting their votes at the Natawa Community Hall yesterday. Picture: SITERI SAUVAKACOLO

A 76-year-old widow says casting her vote in the 2022 General Election is her way of heeding the call of the nation.

Kelera Matalau of Natawa, Nadi, who participated in pre-polling yesterday, said she was also doing it to set a good example for the younger generation.

She said she always voted in every general election and would continuously reminded her family members of the need for them to vote as well because it was their right to do so.

Yesterday, she patiently sat outside the Natawa community hall and flipped through her voter information booklet once again before making her way into the hall to cast her vote.

After doing so, Ms Matalau waited for her family members to follow suit before making her way back home.

She said she had never missed an opportunity to go to the polls and was glad to vote yet again in this year’s election.

“For as long as I live, I will continue to vote and take part in what national leaders want me to,” Ms Matalau said, brandishing her ‘I voted’ card.