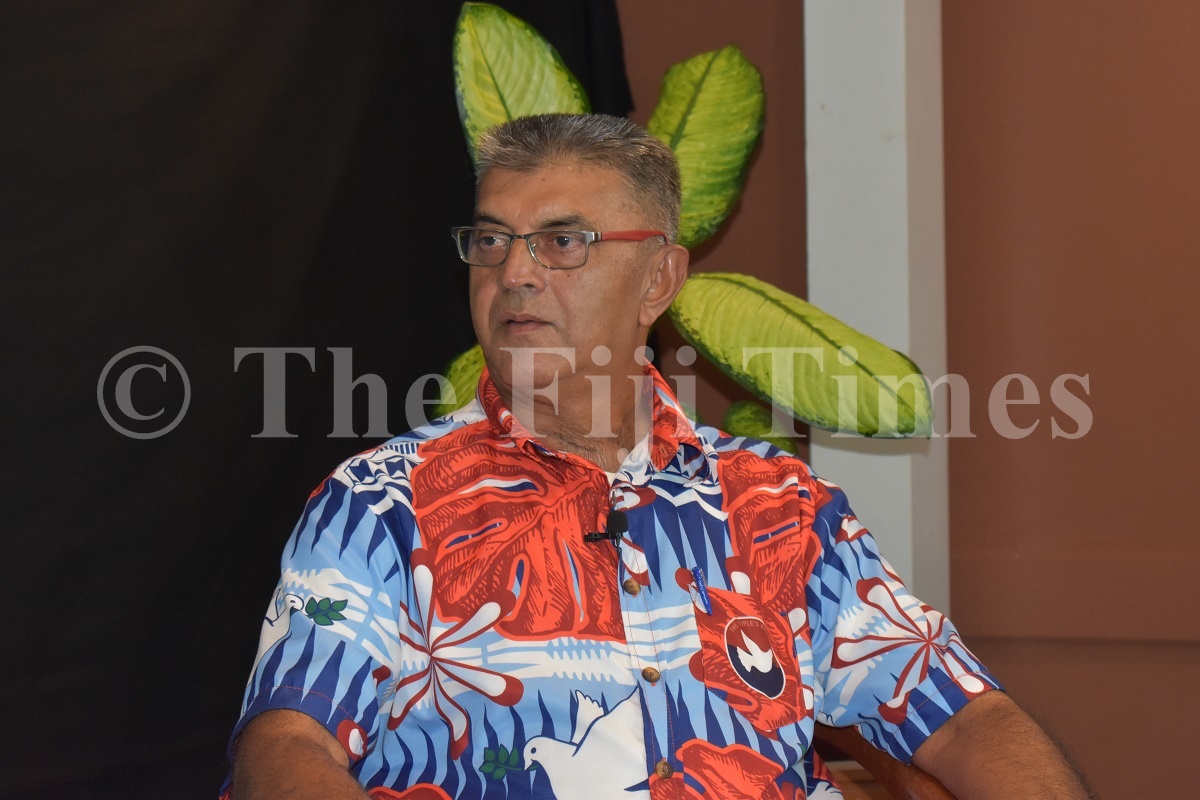 The People's Alliance (PA) candidate for the 2022 polls Parmesh Chand during an interview on The Lens @ 177 – an original The Fiji Times production. Picture: FILE

Enticing people to continue living in rural areas by making roads and building bridges is not enough, says The People’s Alliance (PA) candidate for the 2022 polls Parmesh Chand.

The former permanent secretary in the Prime Minister’s Office says in order to make rural living attractive, government “needs to play an active role in pushing for investment in rural areas”.

“A People’s Alliance-National Federation Party (NFP) government will have the political will to really promote rural and regional development,” he said.

“This can be achieved by relocating some government services such as agriculture, social welfare, district administration et cetera closer to people in rural areas.

“This will also help government in stopping overcrowding in urban centres and also of course curtail undue pressure on urban infrastructure.”

“It would also be good to continue to assist in bringing down the cost of three phase power installations in rural areas through subsidised transformers etc.

“I have pursued a rural-based commercial development and have benefitted with subsidised transformer assistance made available by government through Energy Fiji Limited (EFL).

“There is no reason why we would not embrace and continue good initiatives like that and incentives for rural development.

“If I am elected into Parliament and subsequently am part of a People’s Alliance-led government, I will push for continuation of incentives such as these as they are for the overall good and will benefit the people of Fiji.”

Mr Chand said a PA-NFP government’s focus would be on creating “liveable communities” out of the millions of dollars already poured into rural roads, bridges and jetties. “Our rural people should be accorded the opportunity to enjoy the same facilities and standards of living which is at the disposal of those who live in urban areas.”