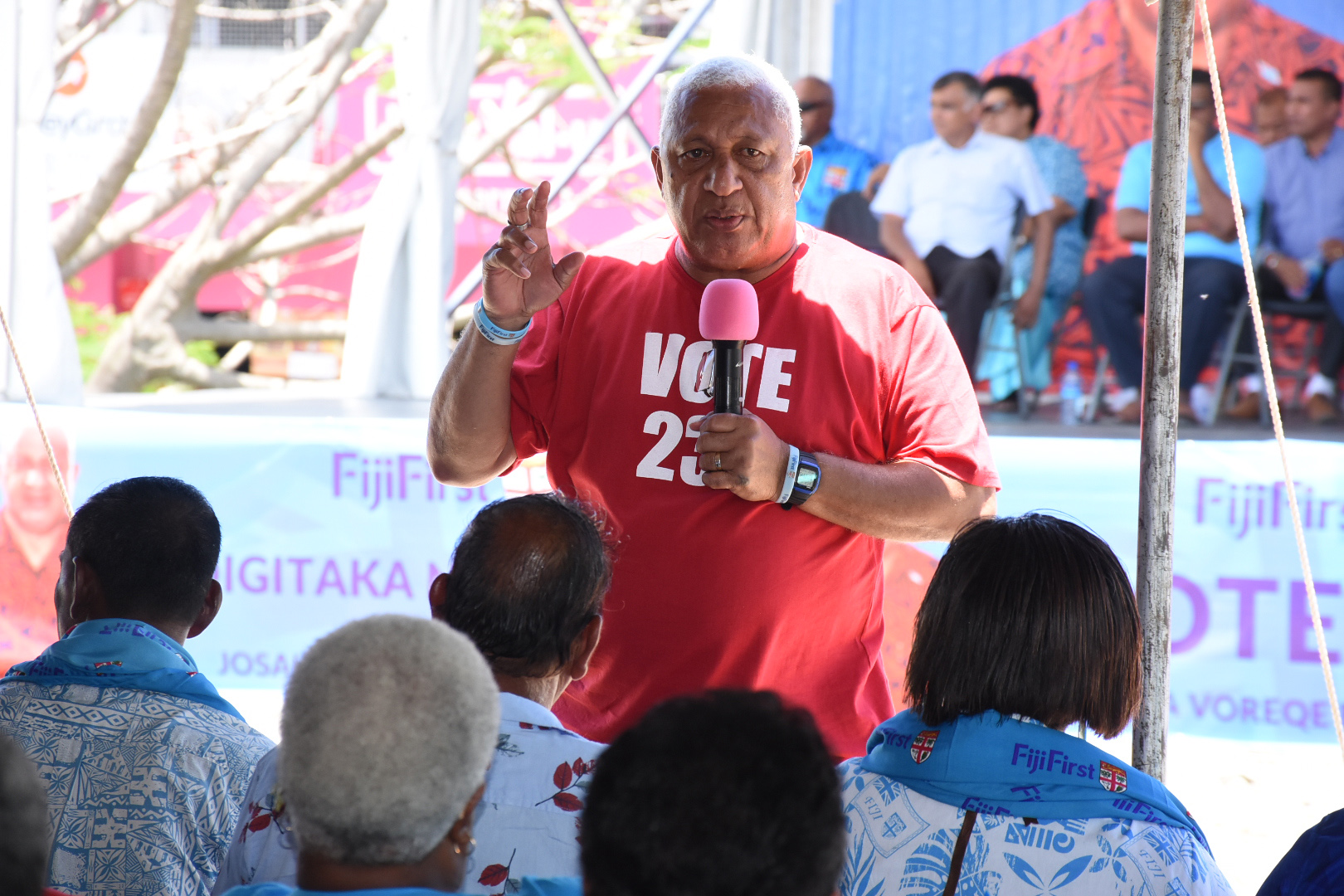 A good part of Prime Minister Voreqe Bainimarama’s speech at the FijiFirst rally in Rakiraki, Ra, yesterday was dedicated to former prime minister Sitiveni Rabuka and leaders of other major political parties.

He said these leaders were not upfront about what they would bring to the table, and instead talked about land issues and the great council of chiefs.

His speech echoed statements he made at the party’s rally at Nausori’s Syria Park and Nawaka, Nadi.

Yesterday at the Uluda grounds, he challenged supporters of The People’s Alliance, NFP and Unity Fiji to vote for his party because the leaders of the two parties were feeding them lies.

“I want to tell you all including supporters of PAP, Unity and whatever here, I want you all to vote for FijiFirst, vote us back in because your political party leaders are telling you lies,” Mr Bainimarama said.

“You believe in a lot of lies, some bulls#@t that your political leaders are pulling out from the drawers.

“Your leaders have not come up with anything new.

“Rabuka has no track record. In the five years he was in leadership, he has not done anything for us.

“He is lying and deaf when he told people I have not done anything.”

Mr Bainimarama said opposition leaders do not know how to provide good governance to Fijians at this time.

“Someone just stand up and tell me what will the return of the GCC brings to us? Any PAPI or Unity Fiji supporters here? Biman Prasad?

“No Prime Minister has ever done what I have done, for everyone to be equally treated, from a small child to senior citizens, you have all benefitted from my Government.”

Free T-shirts, banners and sulu were distributed to those who attended the event.