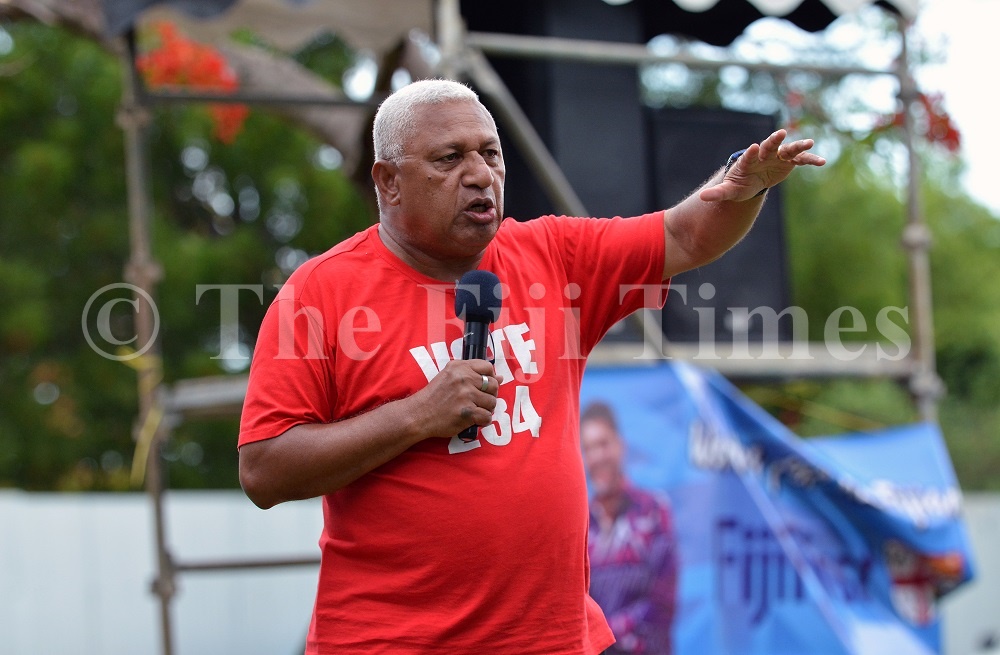 Prime Minister Voreqe Bainimarama has called on Lautoka residents “who are sitting on the fence, double-minded on whom to vote for come 14th December,” to vote for the FijiFirst party.

He made the plea in the party rally at Lautoka’s Shirley Park yesterday, nine days away from the country’s general election.

“I want to tell you that December 14 is elections day, it’s a very important election for all of us, for Fiji,” Mr Bainimarama said.

“Well, every election is an important election, but especially this one because we have nine parties vying for 55 seats and we want your support to get the 55 seats.

“But we come here to come and ask you, for those of you who are sitting on the fence, double-minded on whom to vote for, make up your mind and vote for the FijiFirst movement.”

Bainimarama said some of those present at yesterday’s rally did vote for the party in the past two elections and that their votes were misguided.

He said they voted for individuals who could not lead the nation and voting for FijiFirst was important because the party has a plan in place on how to govern the country and look after every Fijian.

Fijians at yesterday’s rally were provided free T-shirts and sulu.