2022 General Election: Government have ‘run out of money and people’ 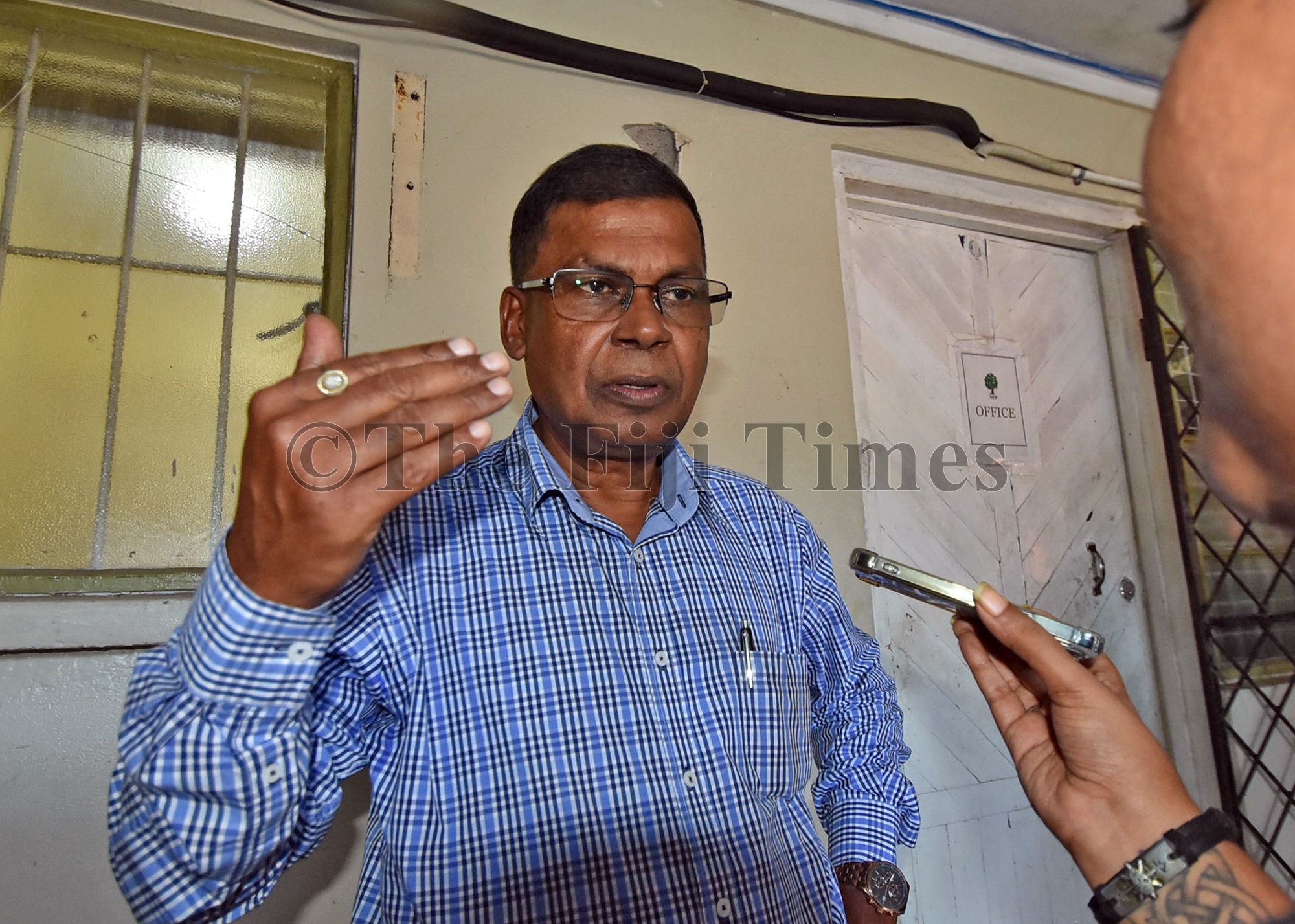 Professor Biman Prasad during an interview with The Fiji Times at the National Federation Party office in Suva earlier this month. Picture: ATU RASEA

The FijiFirst government led by Voreqe Bainimarama and Aiyaz Sayed-Khaiyum have not only run out of ideas, they have also run out of money and “run out of people” in Fiji.

National Federation Party leader Professor Biman Prasad said this at a rally in Kinoya on Tuesday night where he claimed FF’s only strategy was to talk about his coalition partner, The People’s Alliance leader Sitiveni Rabuka.

Prof Biman said the FijiFirst party would not talk about “the ruin and the disaster that they have inflicted on this country in the last 16 years”.

“They do not want to talk about the crippling debt that they have piled on this country and the people of this country,” Prof Biman said.

Prof Biman said instead, FijiFirst was focused on him, Mr Rabuka and what happened 30 years ago to create fear in the country.

“They want to talk about Sitiveni Rabuka and Biman Prasad and what happened 30 years ago.

“They say Mr Rabuka and I are going to take away your social welfare.

“Biman and Sitiveni Rabuka are going to stop the bus fares. They are going to take away all the scholarships.

“Do we look that stupid? Are we two crazy leaders here?

“We know why they’re doing this and there are FijiFirst supporters and candidates going into communities, to use Frank Bainimarama’s term, Indo-Fijian community, and quietly creating this fear.

“Let me tell the people of this country that our people are not cowards.

“Our people will not be threatened by these two men in this election, and our people are ready to vote them out on December 14.”