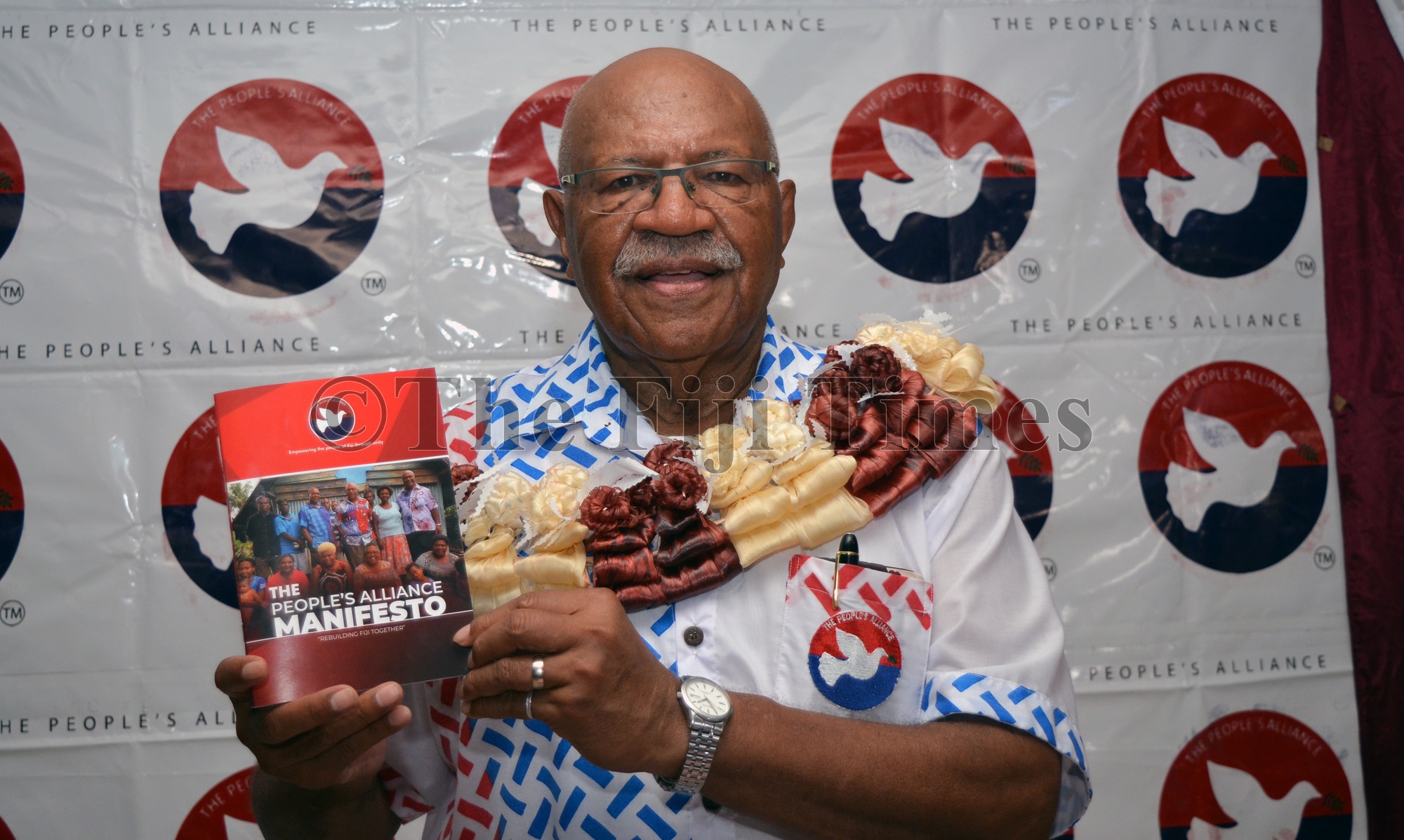 Fear has always been part of the FijiFirst machinery of government, says The People’s Alliance leader Sitiveni Rabuka during a rally in Kinoya in Nasinu on Tuesday.

He claimed fear has haunted Fiji since December 2006, however, this time the tables were turned because the people of Fiji “are not afraid”.

Mr Rabuka said Prime Minister Voreqe Bainimarama and Aiyaz Sayed-Khaiyum – who he described as “the man who wields the true power” – were experts in its use.

“They fear the Government will act against them if they say or do something that the dictatorship does not like.

“Fear is even present in meetings of the Cabinet since this Government came into a parliamentary role.”

He said in April, Dr Neil Sharma, a former FijiFirst Minister for Health, declared publicly that the perception of “one-man rule” was true.

“Honourable minister Mereseini Vuniwaqa suddenly found herself outside with the dictators when she expressed her personal views against those of her masters and was quickly out of Cabinet, discarded by the party and thus Parliament.

“When all Mrs Vuniwaqa did was speak up about her right as an indigenous chief and a leader of a land owning unit in Parliament.

“They both admit that in Parliament, they were only puppets.”

Mr Rabuka urged the people of Fiji to come together and repair the damage done to the country over the past 16 years.

“We (PA and National Federation Party) will accept criticism without going into a rage and seeking revenge, or reporting opponents to the authorities.

“When we take office, the fear will be removed.”