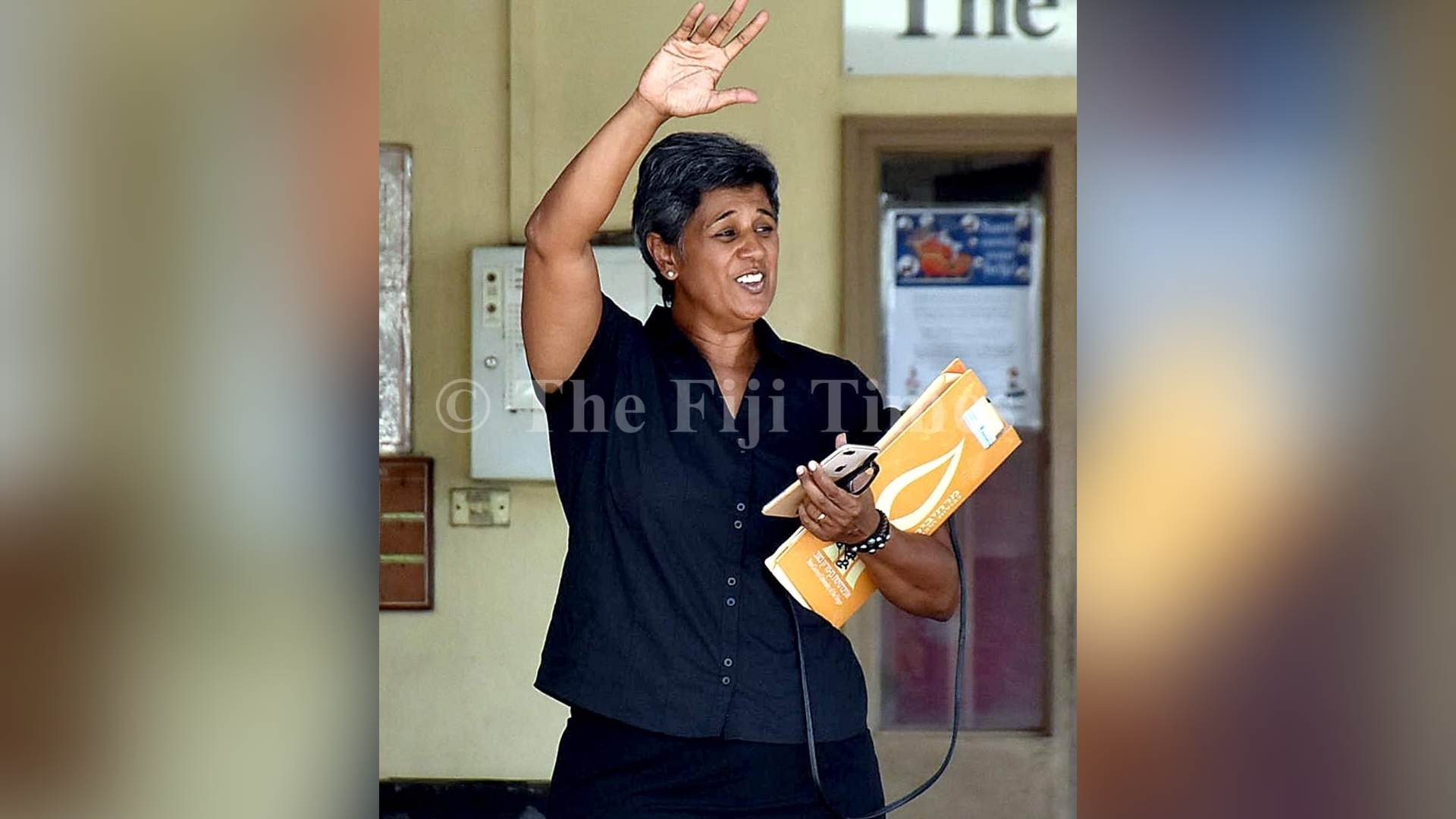 SODELPA candidate Ana Rokomokoti after an interview at the Fiji Times office in Suva, on Fri 02 Dec 2022. Picture: ELIKI NUKUITABU

Ana Rokomokoti has spent about 25 years in public service as a military officer, a magistrate and a chief registrar.

Now, Ms Rokomokoti has set her sight on a political endeavour, contesting this year’s general election for a seat in Parliament as a candidate for the Social Democratic Liberal Party (SODELPA).

In an interview with The Fiji Times, she said her ultimate goal was to be a servant of the people.

“I think the people of this nation must remain the master and we as politicians, if we have been selected by them to serve, to represent them in Parliament. I see myself as a servant and therefore the wishes and the will of the people is always paramount,” she said.

A firm believer in Christ, Ms Rokomokoti said her beliefs and faith had helped her make the decision to join SODELPA.

“I’m a believer in the gospel of Jesus Christ. So the Lord Jesus Christ is definitely where I draw my strength from and then I have a list below that, and family is probably the second inspiration.

“I subscribe to the philosophies and ideologies of SODELPA. I recognise two particular pillars that form the foundation of SODELPA which is the teachings of the Lord Jesus Christ and the need to take care of indigenous matters, and that would be the vanua and things that are encompassed in the vanua.

“Aside from that, and equally important is the fact that SODELPA subscribes to the universally accepted fundamental principles like truth, fairness, justice, transparency, equality, and I think equity is also very important.

“That will be the primary reasons why I’ve decided to join SODELPA. I also am a firm believer in the mandate manifesto of SODELPA. SODELPA has basically outlined her commitments in the manifesto, and I’m very proud of it.

“I’ve worked for 25 years various areas of the public sector. I know that it’s time for me to give back. So I want to serve under the SODELPA banner, serve the people of Fiji.”

She said Fijians wanted change and a new government. Ms Rokomokoti said this was the consensus on the ground in areas where she had visited.

“So I’ve been given the Bua constituency, I’ve travelled from Nasorowaqa to Kubulau to Wainunu,” she said.

“I’ve had the opportunity to visit villages between the two tikina of Lekutu and Wainunu. The voters want a change, it’s urgent. There is genuine desire for change, a change of direction, a change of leadership, a change of management style. So the message is very clear. They want a new government.”

She said the FijiFirst administration had served the people of Fiji for the past eight years (post 2014 election) and now, the public desired new policies, a new approach and style to governance.

“I think Fiji needs a fresh voice. I think we have someone who’s very capable (party leader Viliame Gavoka). He’s very humble. He’s very aware of his surroundings, and I appreciate the fact that he’s a leader who listens. He consults often. And I think in this day and age, it’s very rare to find it. So I think Fiji would be very blessed and very privileged to have him as a leader and I lend my support to him 100 per cent.”