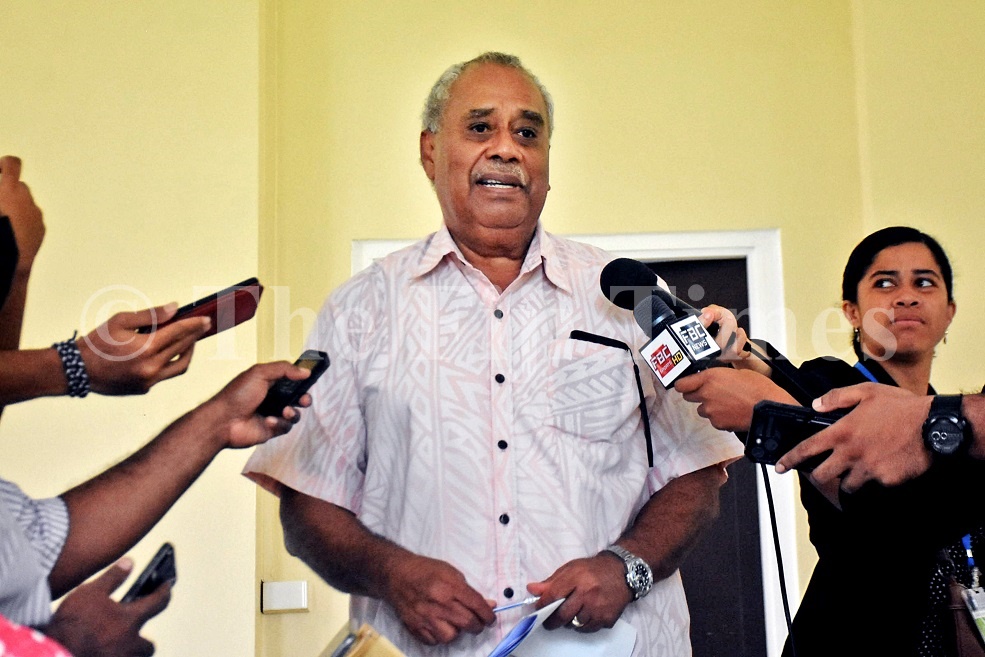 He said Unity Fiji strongly condemned the recent comments by FijiFirst party leader and Prime Minister Voreqe Bainimarama at a rally in Syria Park that there could be bloodshed in relation to issues on freehold land.

“How dare he threaten the landowners with bloodshed on an issue of freehold land?” Mr Narube said.

“Who is he protecting? He is clearly not on the side of the poor resource earners. So, which side is he on?

“This is a glaring example of his bias. Are the rich people telling him what to say? Remember that 14 years after his coup, the PM blamed the business people for overthrowing a democratically elected government.

“The PM does not care for the ordinary people. He has said that many times in the past. Instead of taking both sides of the issue, he has come out exclusively on one side.

“Unity Fiji has heard the cries of the people. We will establish a Land Commission to investigate all issues about land. That is the most sensible way to address their concerns. The PM has again shown his childish and immature way of dealing with issues. He has shown the entire country that he is totally unfit to lead.”