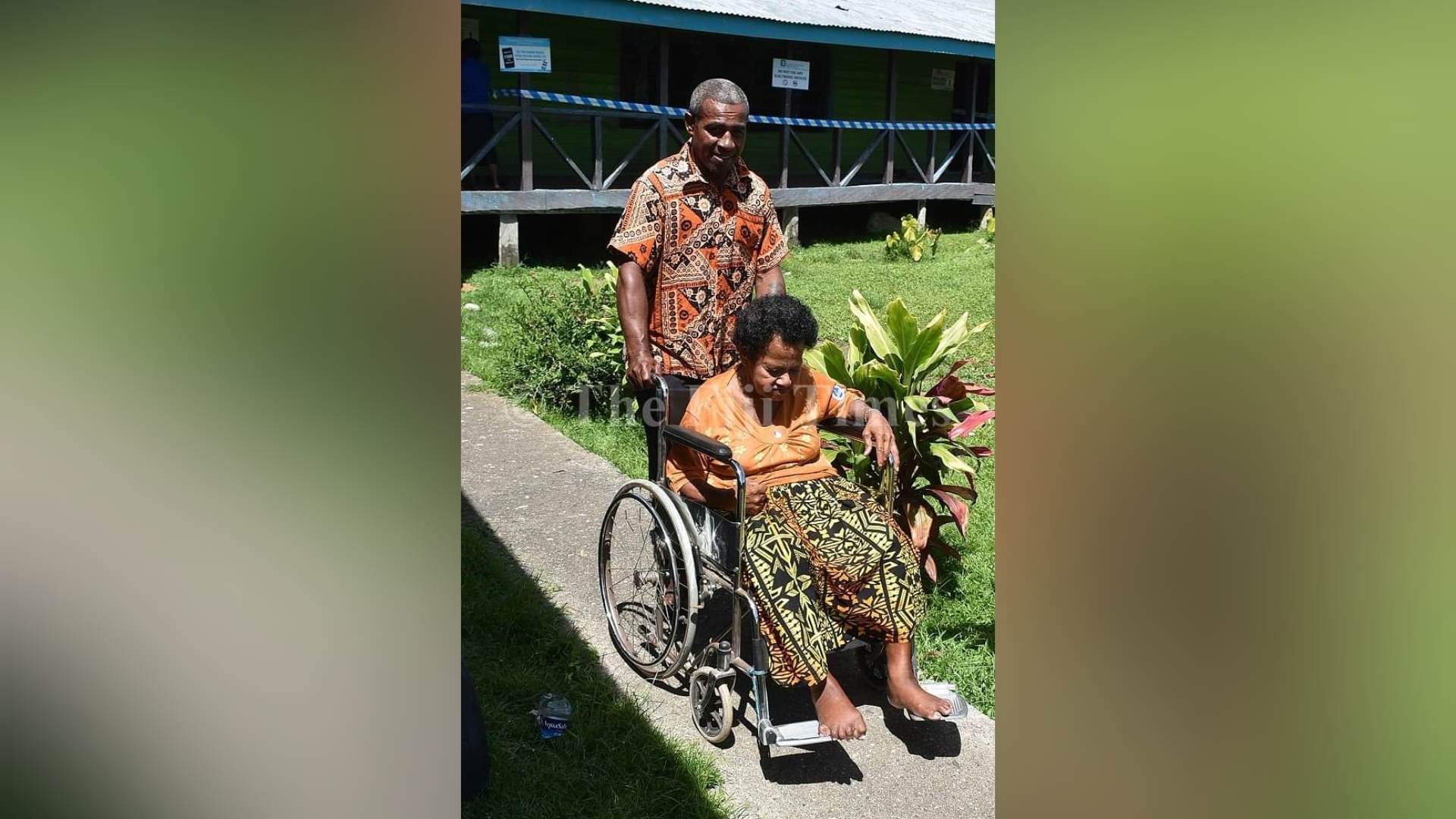 75-year-old Wainimakutu villager Paulini Kautatani in the wheelchair after casting her vote during the pre-polling. Picture: ATU RASEA

A 75-year-old wheelchair-bound woman claimed voting in 1972 was easier compared to how the polls were conducted in the 2022 General Election.

She said she started voting in 1972 when the late Ratu Sir Kamisese Mara was the Prime Minister.

“Back then it was easier because we had the pictures and names of political parties on the ballot papers so people could see who they were voting for, but now it’s just numbers,” Ms Kautatani said.

She encouraged people to make their way to their polling stations on their scheduled day and to vote.

“Voting is important because it would help us improve our lives and our future as well.

“I encourage those who are double-minded about voting to vote for a governmenthat will lead us well – that’s all.”

Vonivate Daurua, a 48-year-old man living with disability, thanked the Fijian Elections Office for helping him cast his vote at the pre-polling venue in Nadakuni, Naitasiri, yesterday.

He said he did not have to walk from his home to the village community hall to cast his ballot, thanks to the FEO.

“This is the third election that I have voted in,” he said.

“My leg was in pain this morning, so I couldn’t walk to the hall to vote.

“I want to thank the officials for coming to my home to make sure I voted.”

Mr Daurua urged voters to vote for a government that was inclusive of people with physical challenges and would lead the country forward.

“It is important to vote because it will make you choose what kind of government will lead in the next four years.

“Nothing is easy because what we want is a government who will ease the struggles of our village – so vote wisely.”