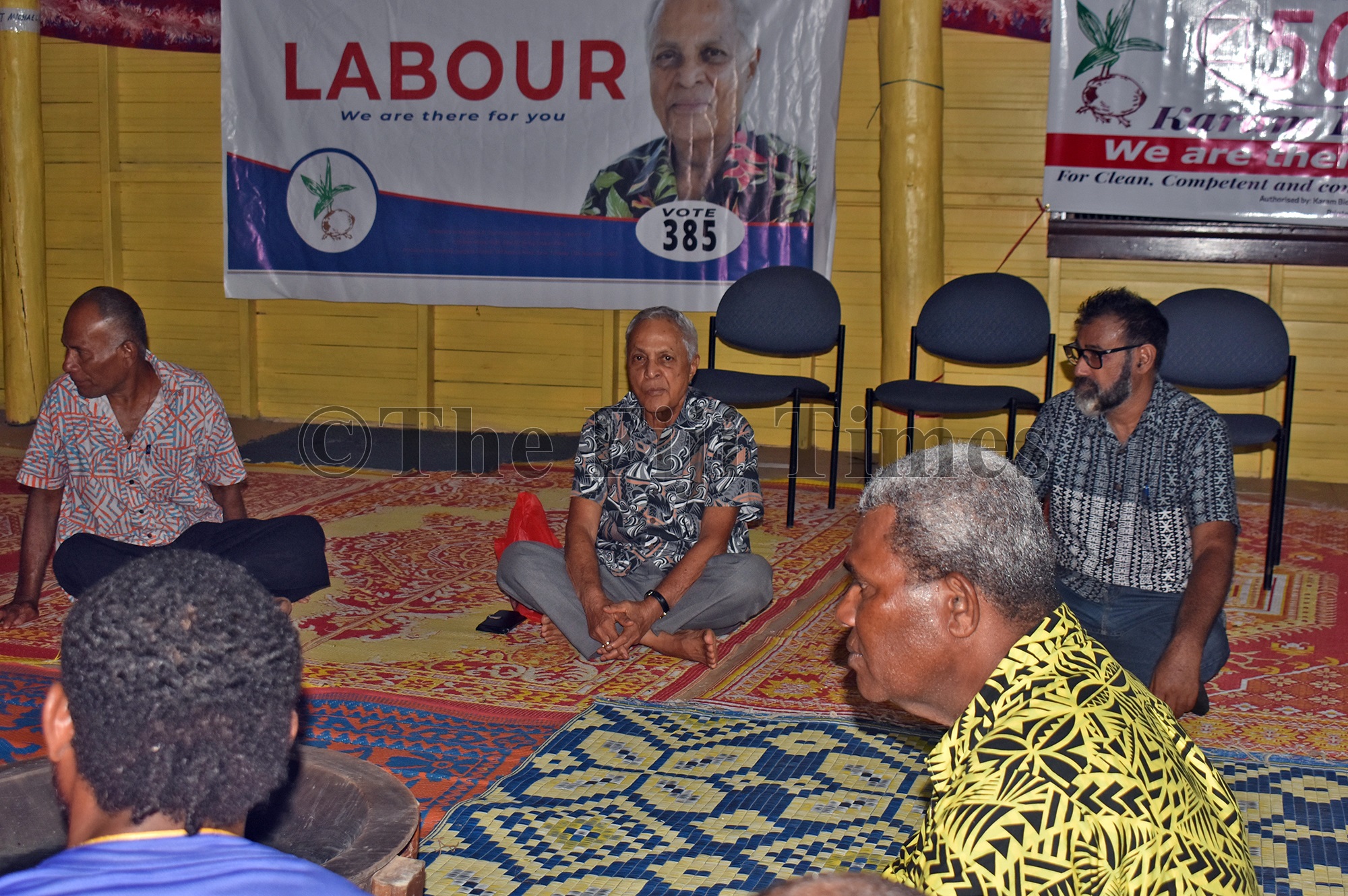 Residents claimed the current $100 and $50 food vouchers given to pensioners every month, only covered groceries for a week. “The groceries I buy with that amount only lasts me a week, food prices at supermarkets have gone up over the last few months and it is really hard to manage,” Miriama Tutuwaliwali said.

The 71-year-old said the $75 bus fare top up for three months travel, was often used up by the second month.

Ms Tutuwaliwali said while she was grateful for the government initiative, they would like to see it increased because of the increase in cost of living.

Another resident asked the Labour candidates if the party would consider reducing the eligible age for social welfare.

He said 65 was a long wait for many of the senior citizens and hoped the age requirement could be reduced.

In response to the request for an increase in social welfare payment, the FLP candidates told the attendees that the party would cancel the $50 food voucher and give $200 per social welfare recipient per month.

On the issue of reducing the eligibility age for social welfare the candidates told the group that FLP would increase the retirement age from 55 to 60.

FLP candidate Jamal Khan said the party would change the retirement age to 60 as a lot of people who retired at 55 still had the ability to work.

“This will allow for a more experienced work force but also ensure that citizens keep earning until they are in their 60s,” he said.

The Labour candidate reiterated the statement by party leader Mahendra Chaudhry at Muanikoso on Monday night, where he said not everyone would need social welfare assistance if there was sound economic growth.