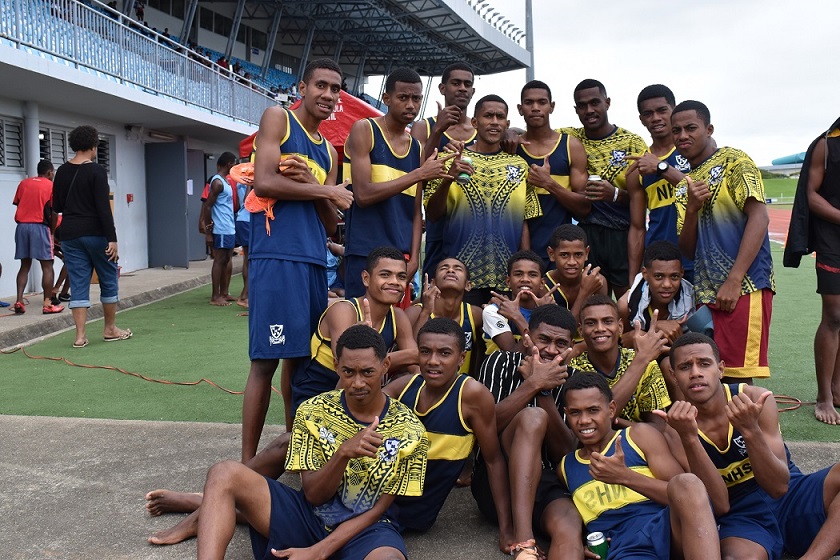 With their recent win in the Naitasiri, Nasinu, Nausori (Triple-N) Zone at the HFC Bank Stadium in Suva, members of the Nakasi High School athletics team are aware of the pressure come the Coca-Cola Games tomorrow.

Coach Vitoriano Rakaisau said they had heard stories of schools targeting them during the three-day event.

The Nasinu-based school won the overall boys title for the first time in the history of the Triple-N Zone competition last Tuesday at the HFC Bank Stadium.

Rakaisau said they had motivated their athletes to have faith and believe in themselves that nothing was impossible.

“We have a good team of coaches who are working behind the scenes to prepare our 34 athletes,” he said.

“We have proven ourselves that what these big schools can do, we also can do it.

“It is a matter of preparing our athletes holistically, mentally and physically. We are working on our techniques and skills.

“These athletes gained their confidence when they took part in the Suva Zone One competition and when we joined the Triple-N Zone, the athletes had a fair idea of what is expected from them.

“The Triple-N Zone and the Coca-Cola Games are two different competitions and our aim is to fine-tune these young athletes to compete with the big schools.”

He said the main goal was for their athletes to enjoy themselves.

“We just want to participate and prove that our athletes can also do it.

“We praise God for His never-ending support and we always encourage our athletes to rely on Psalms 23 to motivate them.”