2022 Coke Games: Islanders out to stamp mark at games 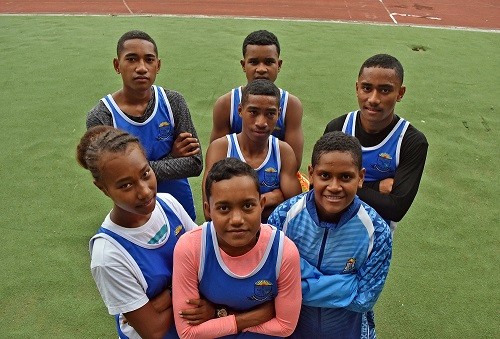 Ratu Finau Secondary School has a point to prove at the 2022 Coca-Cola Games from tomorrow until Saturday at the HFC Bank Stadium in Suva.

The school will field seven athletes from the sub-junior to intermediate grades.

“The athletes are ready to go out and perform at the Coca-Cola Games,” said Katina.

“They know how tough the competition will be and they are ready to perform and exceed our performance from previous years.

“We took part in the Maritime Zone last year, but did not take part at the games due to the lockdown.”

The school had to conduct various fundraising drives to aid their trip to Suva and Katina thanked former scholars of the school who supported them.

“We had kava barrels, mufti days, kati toa and lovo sales and we are thankful to the old scholars in Australia who are always supporting us. Without their support, we would not be here. It is really a big motivation for these seven.”

Katina said the athletes were excited to be in the Capital City and run at the HFC Bank Stadium tracks.

“I had asked the athletes what the difference was running on the ground and on tracks. These athletes were clocking under 11 seconds on the ground and they said they felt faster running on the tracks. We have three students who are in Suva for the first time and after training every afternoon, we take a stroll to town and they are always amazed at how busy the Capital City is.”