2021 Digicel Women’s IDC: Labasa through to the final 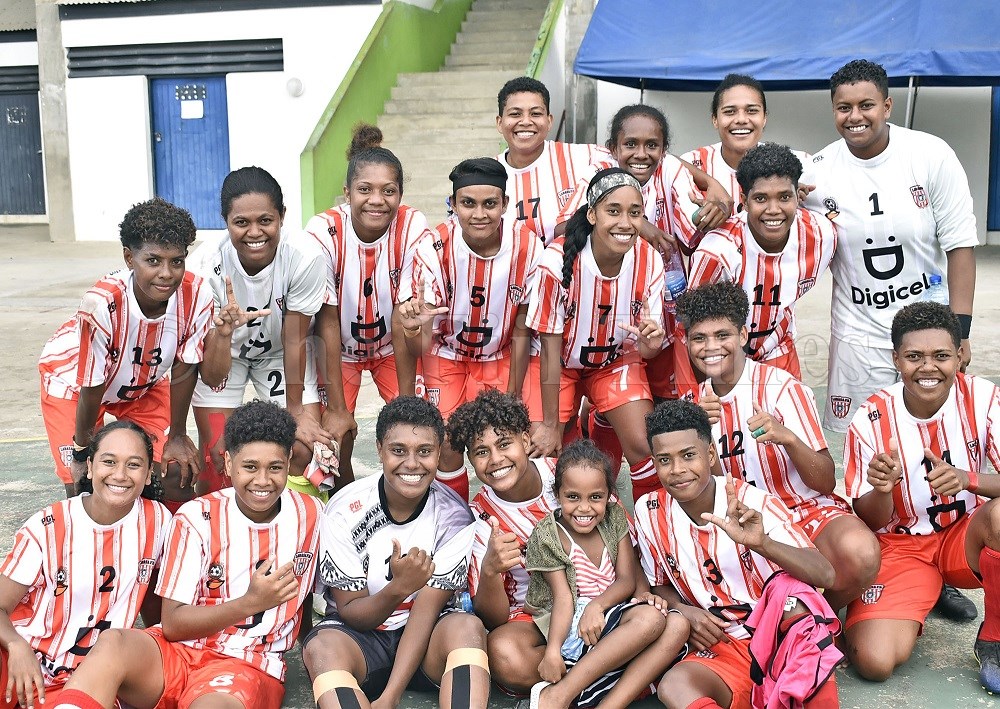 Members of the Labasa women’s soccer side at Lawaqa Park in Sigatoka. Picture: BALJEET SINGH

Labasa is through to the final of the Digicel Women’s Inter District Championship after defeating a plucky Rewa side 3-2 in the semi-final at Lawaqa Park in Sigatoka this afternoon.

The Northerners opened their account through Cema Nasau in the first minute.

Lora Bukalidi equalised for Rewa in the 10th minute and both teams were locked 1-all at halftime.

Tabua Likumotovai put Rewa up in the 55th minute following a corner kick. Veniana Naisaluwaki levelled five minutes later while Jotivini Tabua blasted home a rebound from a penalty save in the 85th minute to see Labasa through.