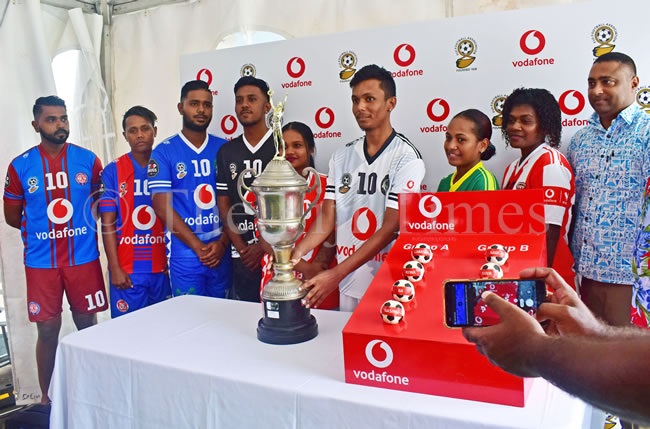 Models of all eight teams with the Vodafone Fiji FACT trophy during the pool draws. Picture: JONA KONATACI.

The first round of the Vodafone Fiji Fiji FACT will be played next weekend.

The tournament proper begins at Labasa’s Subrail Park on the November 24.

The semi-finals are scheduled for Saturday, November 28 while the final will be played the following day.

Defending champions Nadi are drawn in Group B with Suva, Lautoka and Navua.

Pool A has hosts Labasa, Ba, Rewa and Nasinu.