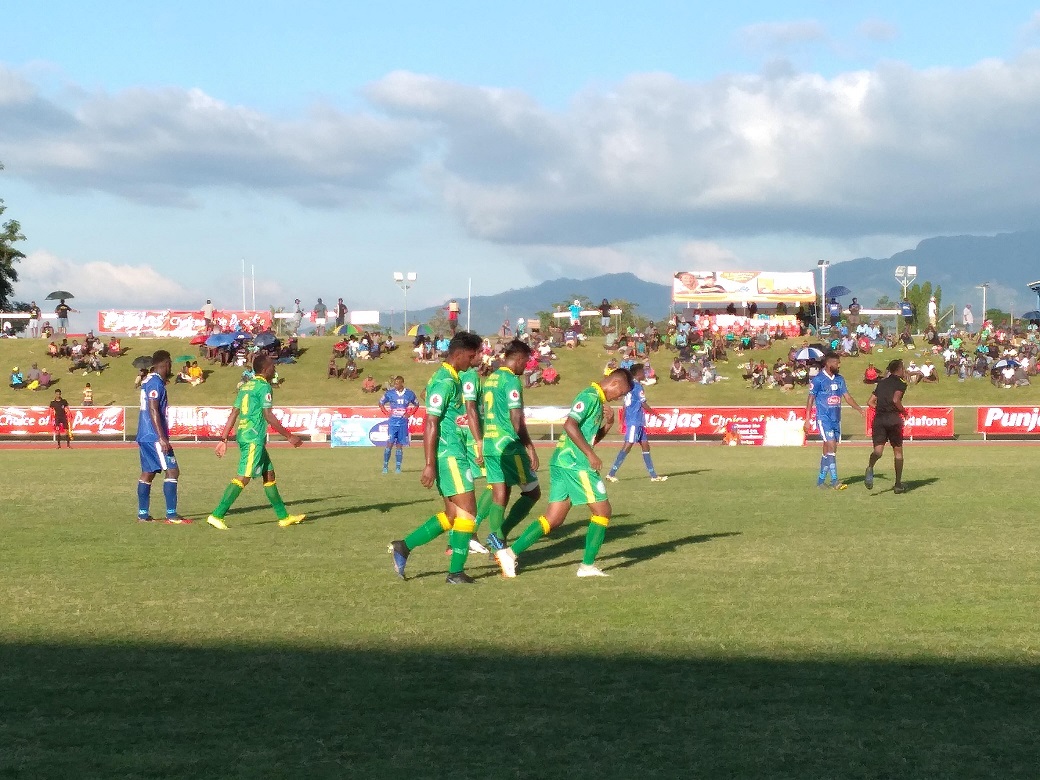 Action from the match between Nadi and Lautoka at Churchill Park in Lautoka. Picture: NAVNESH REDDY

Day 3 of 2020 Punjas Battle of the Giants Tournament held at Churchill park in Lautoka has come to a close.

Nadi defeated neighbour and host Lautoka in the last game of the day.

Nadi captain Avinesh Suwamy scored two goals in the first half and put the jetsetters in a comfortable lead at the breather.

The Baby Blues cancelled the two nil lead through goals by Aporosa Yada and Merrill Nand in the second half.

Nadi’s Jolame Vukivuki added his name to the score sheet, leading the green machine to a 3-2 win.

Ba will face Rewa in the first semi-final next week while Nadi will take on Suva in the second semi-final.