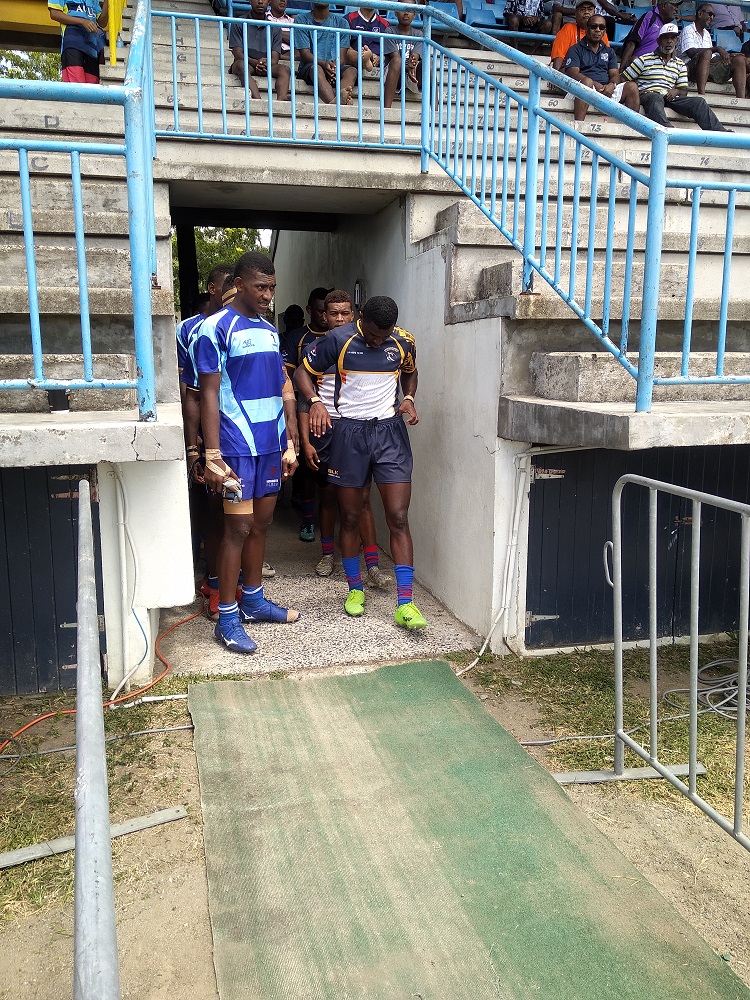 The two teams before their match at Lawaqa Park in Sigatoka today. Picture: ERONI TUINUKU

THE Dominion Brothers under 19 team defeated Vunavutu Blues 19-0 in the second round of pool games at the McDonald’s Coral Coast rugby sevens tournament in Sigatoka.

The Suva-based side led the home side 7-0 in the first spell.

The Brothers then extended their lead with another two tries in the second half.