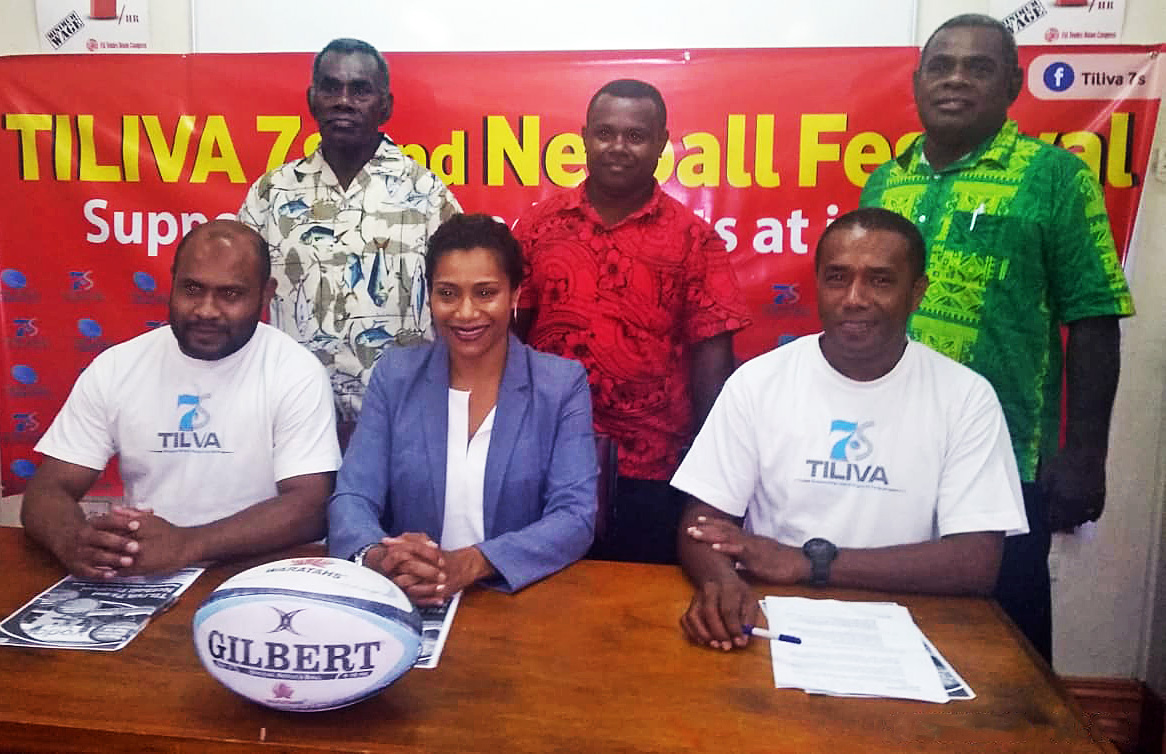 THE 2019 Tiliva rugby 7s and netball tournament has been launched with another village project on the list to fulfill after the tournament in April.

Two years ago, the inaugural Tiliva 7s marketed itself across the world through the World Sevens Series and locally trying to implement island rugby at its best and this year it has raised the bar by including netball to its event to make the tournament an equal opportunity and exciting to watch.

Tiliva 7s and netball tournament spokesperson Lynda Tabuya said the tournament was cancelled last year due to unfavourable weather conditions and are hoping for a bigger and better event this year.

“Last year we were going to run it but unfortunately we got hit by cyclone Keni and so it became a priority to take care of our families in Kadavu and we had to cancel the tournament,” said Tabuya.

Tiliva village investment committee member Joeli Tukana said the tournament has upgraded the village in infrastructure and are hoping for more support this year.

“The tournament helps in the development of our village infrastructure and our aim this year is to renovate the village hall and make footpaths and we aim to make that this year after the tournament.

“The bigger picture is supporting island sports at its best and this tournament will unearth some untapped talents in Kadavu to be future stars for Fiji rugby and Terio Tamani is a prime example when he captained Uro Kadavu rugby team to win the first Tiliva 7s tournament and we are proud to see him in the national sevens team and we hope that more talents will be come out from the tournament to make rugby as a profession for the local village boys in the future.”

Meanwhile the tournament will cater for 24 men’s 7s team with $500 as the registration with provided accommodation and $200 for the netball competition.

The details of the tournament will be on the Tiliva 7s facebook page and the event will be held in the first week of the school break in April.