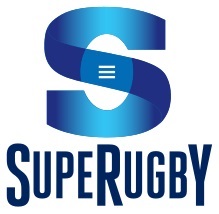 THE 2019 Super Rugby tournament kicks-off in four weeks time on Friday, February 15, in Hamilton, New Zealand with a Kiwi derby between two of last year’s quarter-finalists as the Chiefs host the Highlanders.

It is followed that same evening by the Aussie derby between the Brumbies and Rebels in Canberra.

The remainder of the opening weekend will see plenty of exhilarating action with the Blues hosting the Crusaders, the Hurricanes travelling to the Waratahs, the Sunwolves hosting the Sharks in Singapore, the Bulls taking on the Stormers and the Jaguares looking to start the year on a high hosting the Lions.

According to Super Rugby, the excitement is starting to build ahead of the kick-off.

The 15-teams have announced their squads, the teams are in full training and a host of pre-season trial matches are about to signal the start of the season.

The teams have some interesting fan engagement activations this year, including the South Africa teams who will wear Marvel-inspired super hero jerseys in their domestic derby matches.

The shirts will also be worn in the double-header trial matches in Cape Town on February 3, 2019.

The Jaguares have launched a new team brand and logo while in Australia all home matches will be themed to support initiatives such as community rugby, ANZAC Day, heritage and women’s rugby.