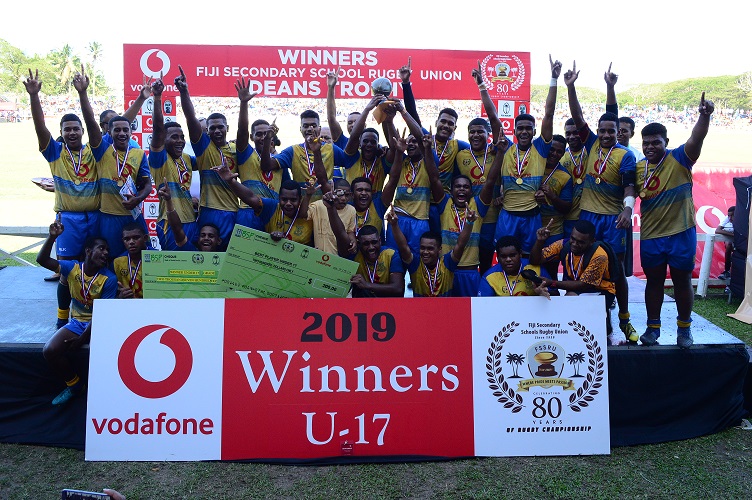 HARD work and perseverance throughout the year has culminated with the resounding 30-17 win for the Suva Grammar School under-17 team over Queen Victoria School in the grade final at Lawaqa Park in Sigatoka yesterday.

SGS coach Isikeli Senibulu said the victory yesterday was only achieved after a lot of hard work put in by the players throughout the season.

“First of all I have to thank the players for the effort they’ve put in. We lost to Nasinu in the final of the zone competition but that did not deter us as we went back to the drawing board and worked on improving our weaknesses,” Senibulu said.

“We also want to thank our parents, old scholars and sponsor for the effort they’ve put in to help us achieve our goal.”

Three converted tries after some hard work and powerful play by the big and much heavier SGS forwards was enough to seal the game for the boys from Veiuto.

While QVS tried hard to make a comeback, time was not on their side and they had to finish second best in their grade.