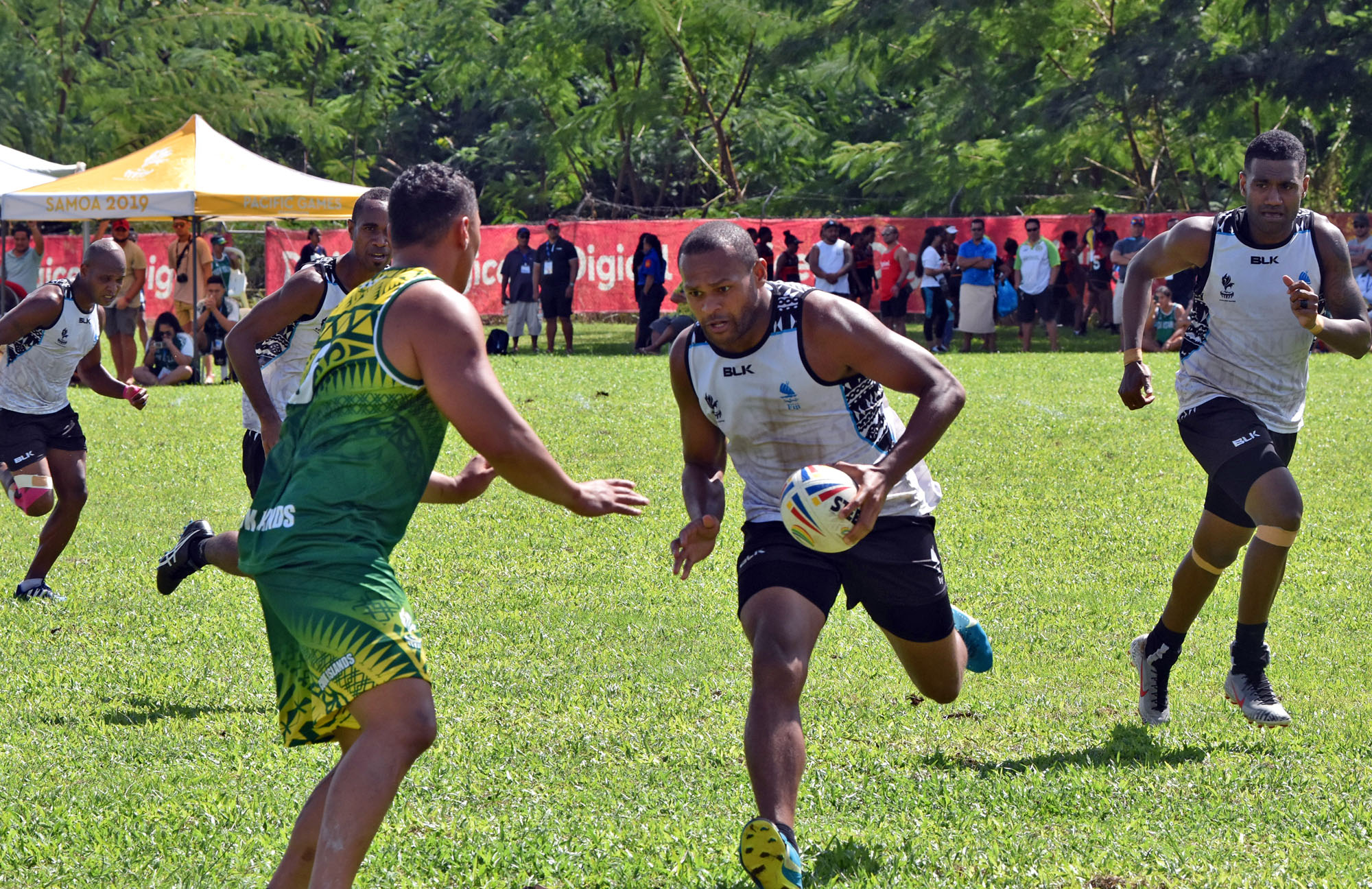 THE Fiji men’s touch rugby team kicked off its campaign winning two out of three matches at the 2019 Pacific Games touch rugby competition at the Marist St Joseph’s ground yesterday.

The team played its first game against Tokelau thrashing the side 13-2 with a half time score of 7-1 to Fiji.

Their second game was against Cook Islands where they narrowly won 6-5 with a half time score of 3-3.

“I thank the Lord for the good results on day one and on our first games, I was always telling the boys at the start that nothing is impossible and it’s all in your head.

“We are happy that we are actually working together, we were down to one point with Cook Islands and we improved on that during the game I am happy with our teamwork and that we are actually all having the same mindset and that is to be determined all throughout the competition,” said Uluimoala.

The team is making a return after 11 years, they last participated in the 2007 Samoa Pacific Games and won gold and are aiming to let history repeat itself.

“We can see that Papua New Guinea and other teams are coming out strong, bringing in a strong force, but even though we are a young team I keep telling the boys that we can do it. Most the players are overseas based but we are all locals, team work will get us to victory at the end of the day,” said Uluimoala.