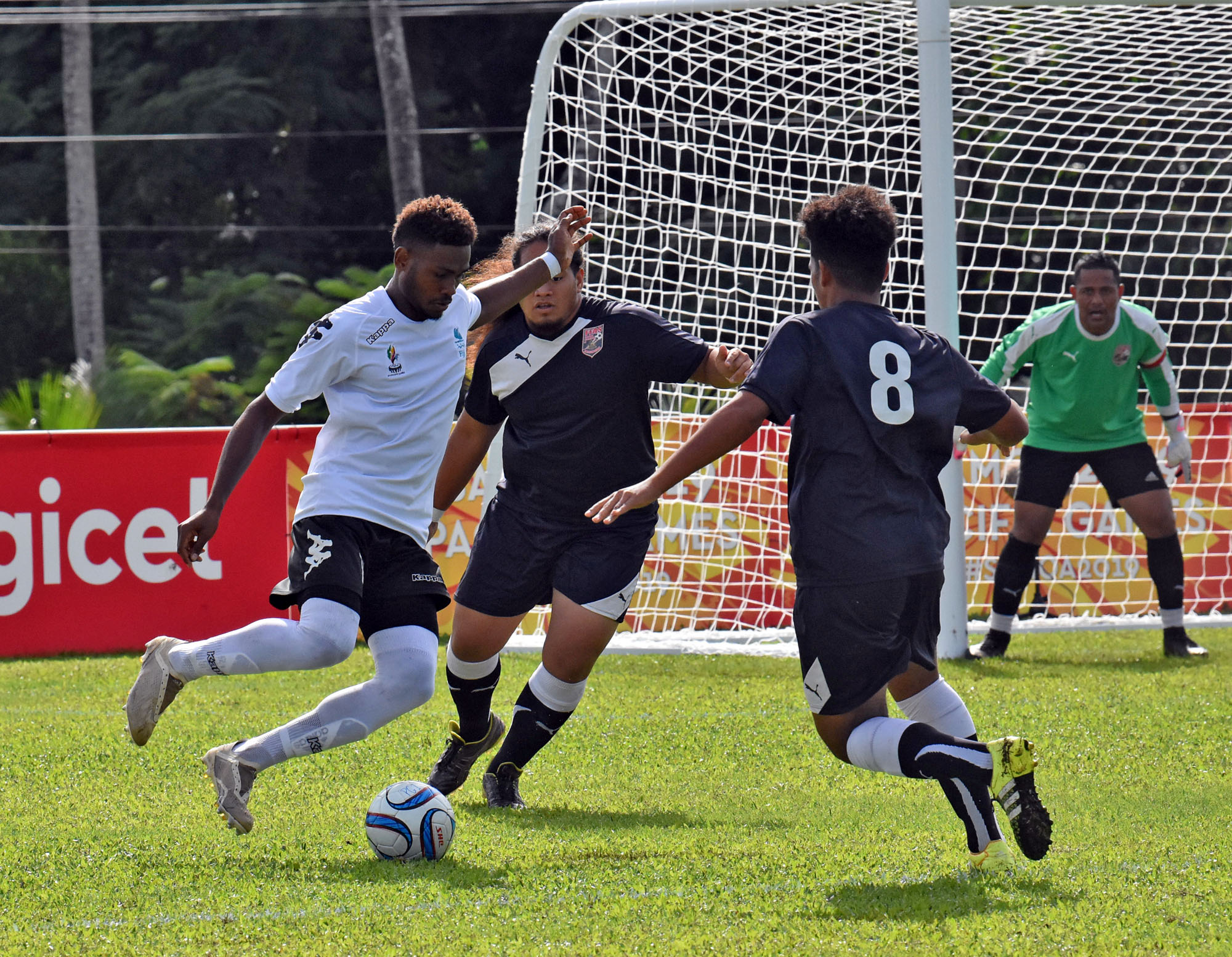 Tito Vodowaqa on attack against American Samoa during their match at the J.S Blatter Football Complex in Samoa on Wednesday, July 10, 2019. Picture: JONACANI LALAKOBAU

TITO Vodowaqa was the toast of the Fiji men’s football team after he scored four goals in their second pool match win against American Samoa 9-0 at the 2019 Pacific Games in Samoa.

The 20-year-old from Namuamua in Namosi said as it was his first game and there was a lot of pressure.

“There was a lot of pressure and I did well and will be preparing well for the next few games,” Vodowaqa said.

“I would like to thank God for giving me the strength as this is my first Pacific Games and was through hard work and training back in Fiji that paid off today,” he said.

Vodowaqa acknowledged his parents for their support and national men’s football team coach Christophe Gamel for having faith in him to be part of the team.

As for the next game against New Caledonia, Vodowaqa believes they will need to build more on their combination and some of the technical moves to do their best.

Vodowaqa’s first goal came in the 20th minute of the game, and the second in the 23rd minute.

He scored his hat-trick in the 49th minute and he scored his fourth in the second half of the game.

Fiji will play New Caledonia, the gold medalists from the 2015 Pacific Games on Friday.