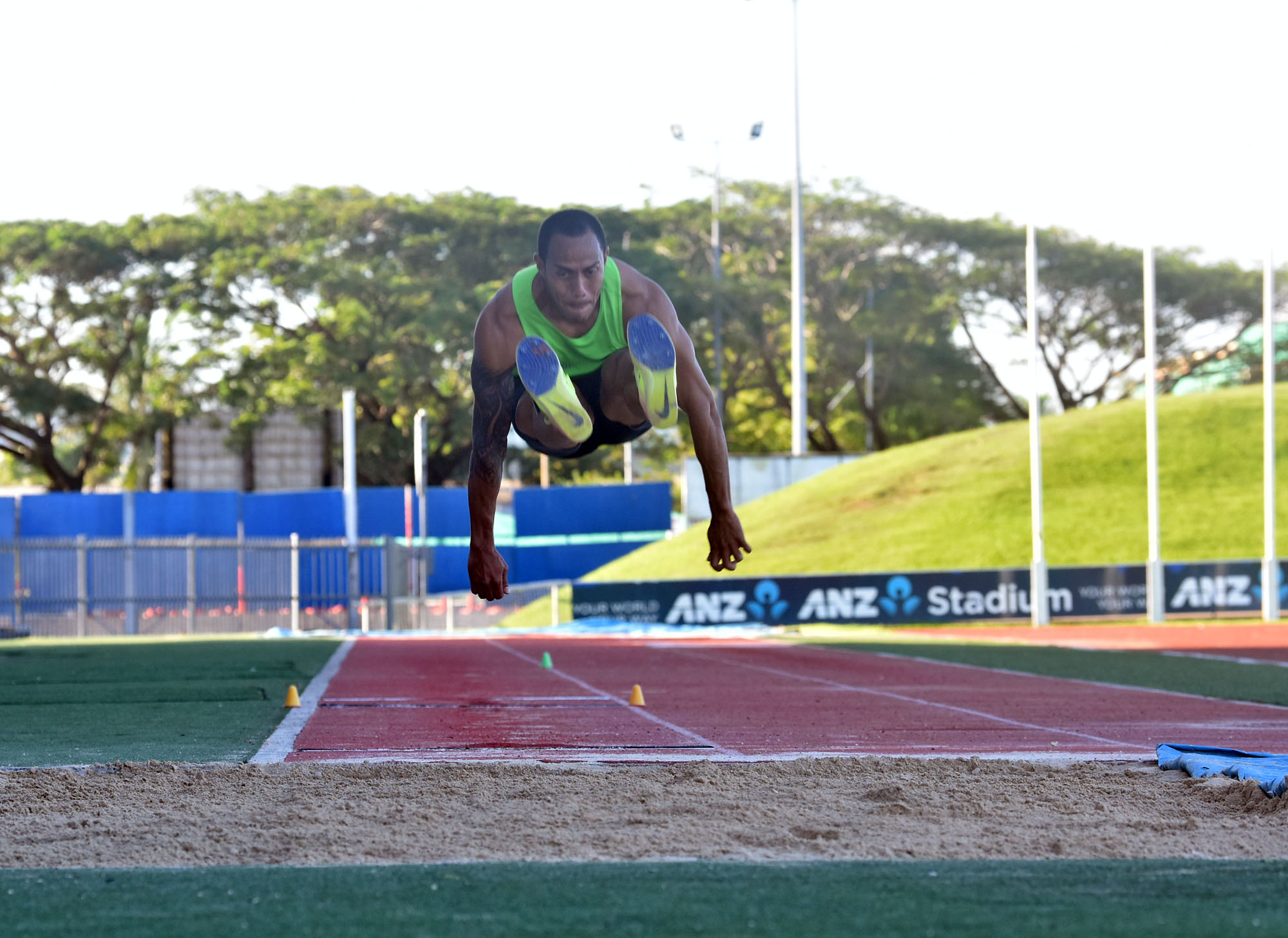 Eugene Vollmer practice on his triple jump during training at the ANZ Stadium in Laucala Bay, Suva on Tuesday, July 02, 2019. Picture: JONACANI LALAKOBAU

AS seasoned athletes, we have to look beyond the gold medal.

“We have to look to the Olympics and the life lessons we learn along the way,” Vollmer said.

Vollmer who was part of the eight-member athletics team from Fiji who had qualified for the A qualifying standards and was in Australia last week participating at the Oceania Athletics Championships said he was disappointed with his performance at the championships.

“I honestly feel it was a disappointment, especially on my part but it was something that was unavoidable, especially in sports,” he said.

“We have bad days and good days and on that day, it was one of those days that did not go well.”

He will be defending his gold medal in the triple jump at the Pacific Games in Samoa and is also a reserve in the 4x100m relay.