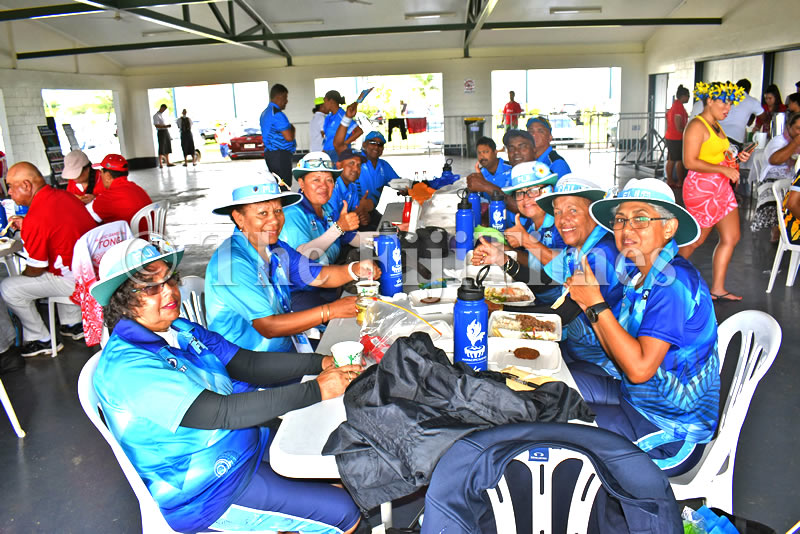 Fiji's lawn bowlers having lunch during the lawn bowling competition at the Faleata Lawn Bowl Greens in Samoa on Tuesday, July 09, 2019. JONACANI LALAKOBAU

In the second round of the Women’s singles, Tikoisuva defeated Norfolk Island 21-17.

In the mens triples round two, the team beat Cook Islands 18-16.

And in round 3 of women’s singles, Litia Tikoisuva lost against Niue 21-19.

The second and third rounds will begin soon before the preliminary rounds tomorrow.