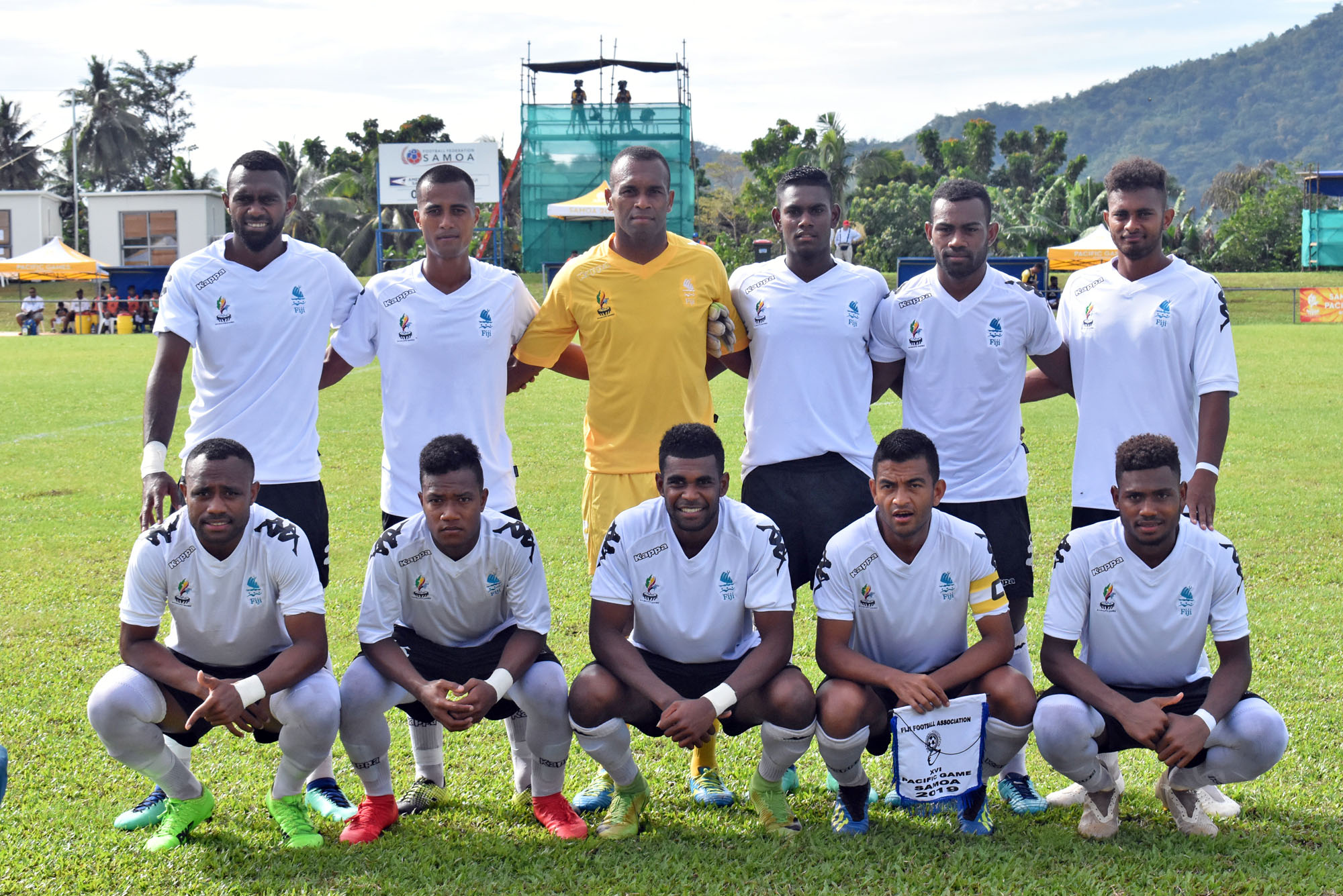 Members of the Fiji football team before their match against American Samoa at the J.S Blatter Football Complex in Samoa on Wednesday, July 10, 2019. Picture: JONACANI LALAKOBAU

THE Fiji men’s football side continued its winning streak with an overwhelming 9-0 in its second pool game against American Samoa at the 2019 Pacific Games in Samoa.

Fiji created an upset winning its first match 2-1 against Tahiti who were silver medallists from the 2015 Pacific Games.

Fiji took the lead against American Samoa with a goal from Tito Vodowaqa in the 20th minute of play.

Malakai Rakula added his name on the score chart in the 35th minute of play 3-0 and Fiji took a 4-0 lead in the 46th minute with a goal from Christopher Wasasala going into halftime.

In the second half, Vodowaqa scored two more goals, Rakula scoring one, Wasasala also earned him a double and substitute, Setareki Hughes also scored a goal for Fiji.

Gamel said they had a plan from the beginning.

“Everyone has to fit in the plan and most all the boys, even though they’re young, they need to give their all to reach the target,” Gamel said.

“I have planned this before and they recognise this situation and I must say they really played well today,” he said.

“We respect our opponents, we missed a lot of opportunities but our goal average is good.”

Gamel said their game against New Caledonia on Friday was a very important game.

Team that played against American Samoa: