ON day two of the Samoa Pacific Games, Team Fiji will be competing in 11 sports.

The Archery event will begin today with the individual compound and recurve where Robert Elder is expected to be competing in.

Lawn Bowls will commence today after an unfavorable weather yesterday.

Nelle Leenders and Sophia Morgan of Fiji Sailing will compete in the Laser Radial event.

In squash, the mens and womens team will have their preliminary rounds.

Swimming will begin today where Taichi Vakasama and Moana Wind will compete in the 200 metre breast, Marion Kotobalavu, Matelita Buadromo and Rosemarie Rova will be competing in the 800m free style. 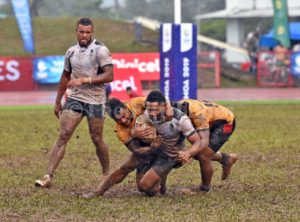 Fiji will play Samoa in tennis and Va’a will have its first day of heats today.

The mens and womens league teams are through to the semifinals and they will both play Samoa.