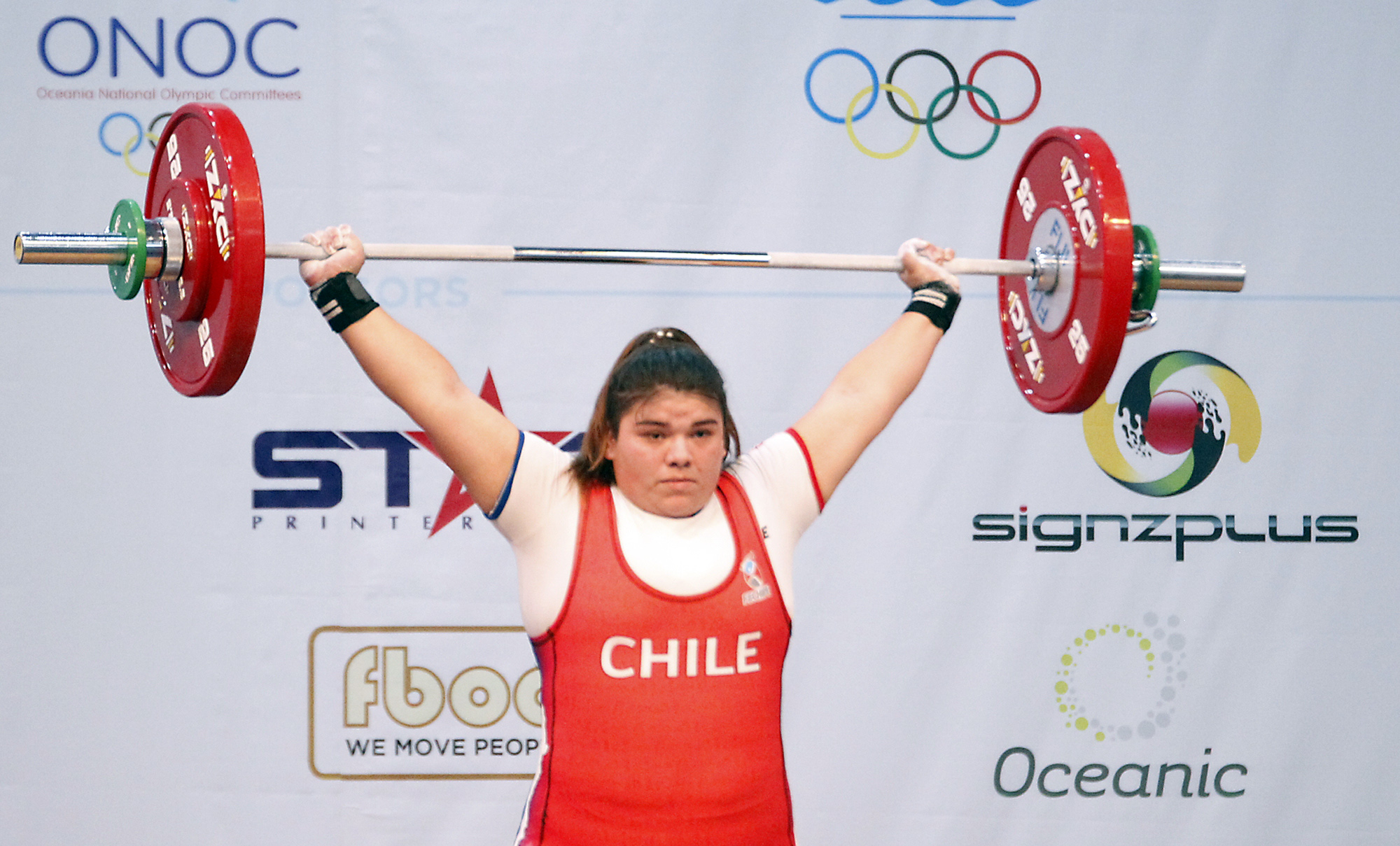 Chile Nunez Gonzalez competes in the Womens 77Kg in the clean and jerk at the 2019 World Youth Weightlifting Championship at the FMF Gymnasium yesterday. Picture: ATU RASEA

Lalayan Varazdat won the overall gold and became the tenth Armenian in the heavyweight category to win the World Champion title (419kg).

In the Snatch, Davoudi Ali (IRI) cut ahead of Lalayan and stole the gold medal from him with a 193kg lift.

Yousefi was fourth in this lift, but set new Youth World Records twice, first at 163kg, which he immediately bettered to 171kg.

The Armenian lifter bested the rest in the Clean and Jerk (227kg), jumping on the top of the total scoreboard, having a final result of 419kg, one kilogram more than Davoudi, who won the gold medal last year.

The 15-year-old Iranian who is already a Youth Olympic champion pinched the Clean and Jerk silver medal, setting other four new World Records along the way.