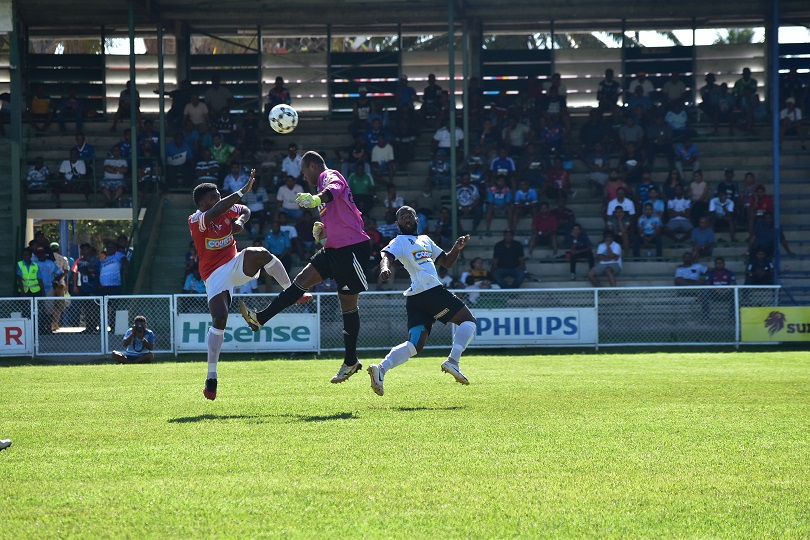 THE Suva football side has secured a spot in the semi-final of the 2019 Courts Inter District Championship after defeating Rewa 2-1 today.

Sairusi Nalaubu opened the scoring in the second spell to put Suva ahead.

Gagame Feni regained the lead for Rewa late in the match.

Rewa had the better of the chances but the strikers failed to capitalise.

Suva only needed a draw to qualify.

The whites finished top of Group A while Nadi finished second.

Suva coach Kamal Swamy said he is pleased to have made the final four.

“Suva has been a good team this season. It was unfortunate that we lost to Nadi on the opening day but we made a good comeback,” Swamy said.

“All teams in the semi-final will be tough and we will need to step up above that level come Saturday.”