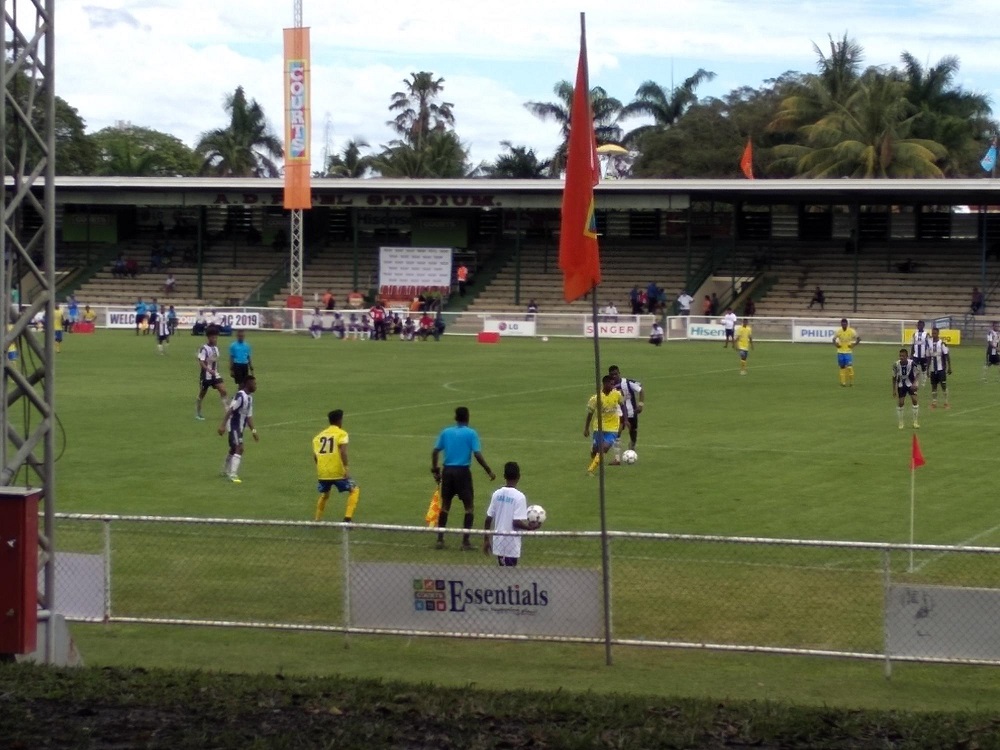 The Lami football side drew its second match against Savusavu on day two of the 2019 Courts IDC at Prince Charles Park in Nadi today. Picture: ROHIT DEO

THE Lami football side drew its second match against Savusavu nil-all in the Senior division of the 2019 Courts Inter District Championship today.

After scooping its first match against Dreketi 7-1 yesterday, Lami found it difficult to find the back of the net today.

The southerners applied immense pressure but were unlucky to finish the match without a goal.

Team captain Lasarusa Saucoko said four points from two matches were not too bad and his team looked forward to its final match tomorrow.

Lami now needs a draw against Northland Tailevu to qualify for the semi-finals.