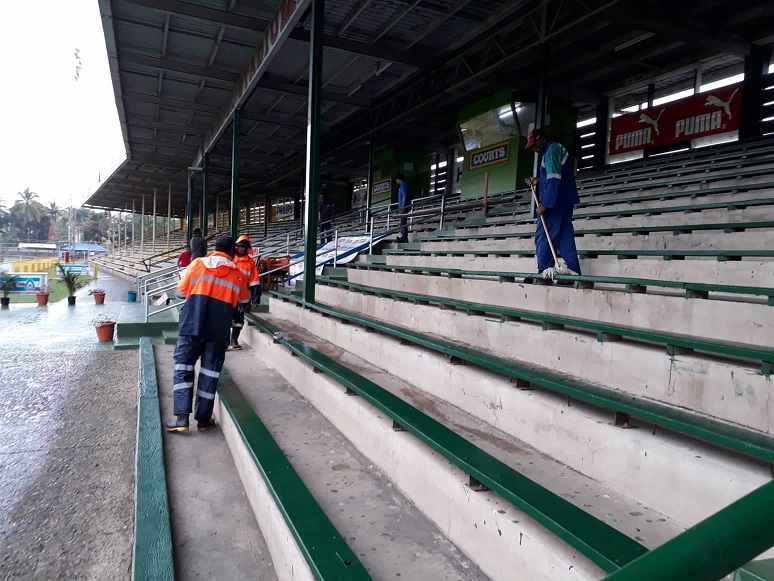 RAIN is expected on the first day of the 2019 Courts Inter District Championship.

The tournament begins at 1.30pm today at Prince Charles with Ba playing Tavua in the first Premier division match.

Nadi Town Council workers were at the grounds this morning putting in final touches.

It has been raining since last night in Nadi and rain continued this morning.

Fans are advised to go to the grounds early because there have been long queues of traffic on the streets.

Fiji Times Online has established from organisers that the games will still go ahead.

In other Premier division matches on day one, Nasinu battles Rewa at 3.30pm; Lautoka plays Labasa at 6pm; while in the last match of day one, hosts Nadi battles Suva at 8pm.