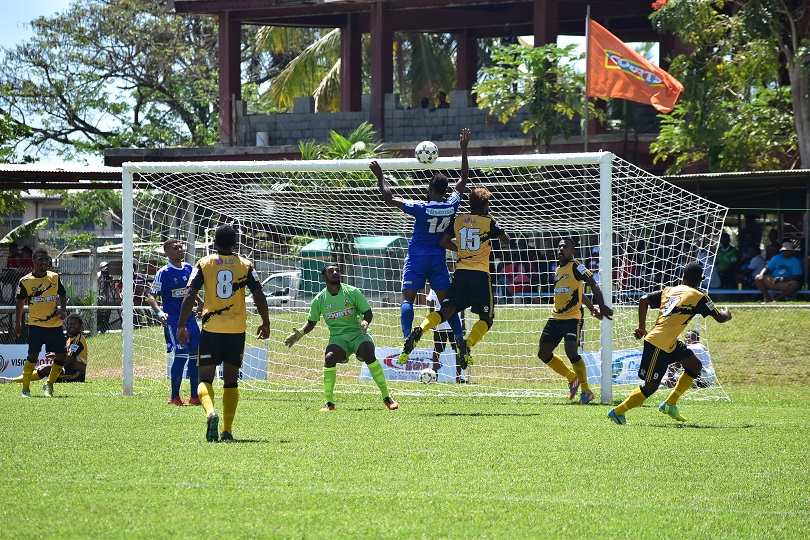 Lautoka's Samuela Drudru tries to head in a corner ball against Tavua during their match in the Courts IDC at Prince Charles Park in Nadi. Picture: REINAL CHAND

THE Lautoka side thumped Tavua 7-3 in its last pool match at the 2019 Courts Inter District Championship, held at Nadi’s Prince Charles Park.

Tavua was already out of the tournament but led twice in the first spell as Lautoka came back twice to level scores at 2-all.

Lautoka will now wait for the result of the Labasa Ba match to see if they qualified.

Labasa needs a draw against Ba to qualify.

If Ba wins, Lautoka will qualify with the Men in Black.

Meanwhile, this was Tavua’s last match in the Premier division before they get relegated to the senior division next year.

Tavua captain Maveliko Nakama said this year was not their year but the team would try harder to make it back to the top level next year.

Navua replaces Tavua in the Premier division next season.