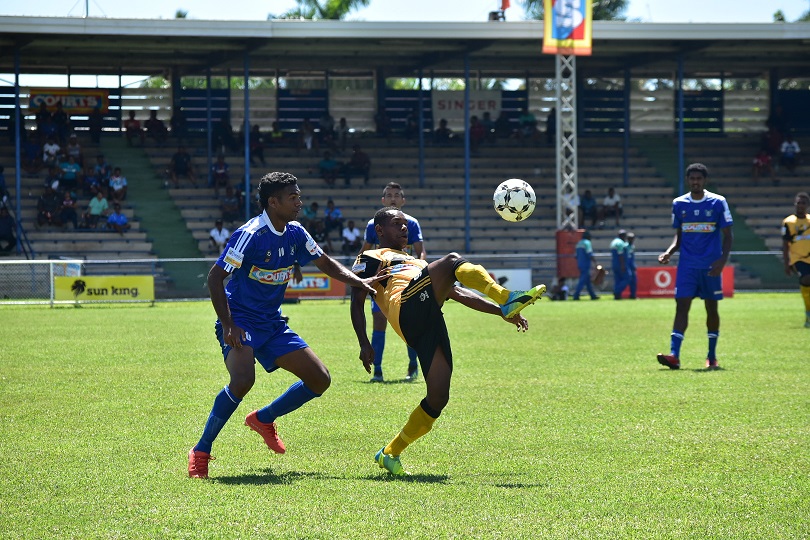 Tavua's Vilive Naulalevu tries to control an aerial ball as Lautoka's Samuela Gavo comes in during their match in the Courts IDC at Prince Charles Park in Nadi. Picture: REINAL CHAND

DEFENDING champions Lautoka are being held 2-all by minnows Tavua at half time of the 2019 Courts Inter District Championship.

Tavua is already out of the tournament while a win for Lautoka will strengthen its chances of a spot in the semi-finals.

Meanwhile, hot weather is being experienced at the tournament today.

Some players are finding it hard to adapt to the conditions and are being substituted early on in matches.

The organisers have allowed water breaks in every half hour.

A minute is given at the 30minute mark for players to take a water break.