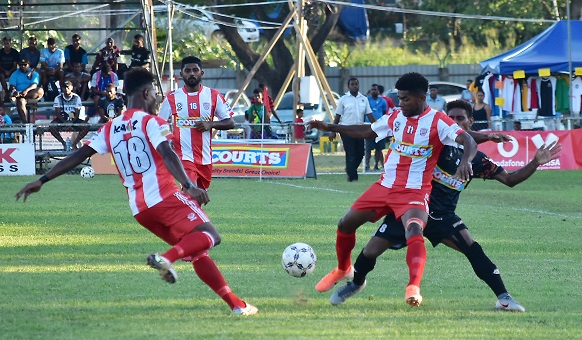 A NEW winner will be crowned at this year’s Courts Inter District Championship.

This after defending champions Lautoka failed to qualify to the semi-finals of this year’s tournament.

Lautoka thumped Tavua 7-3 in its last pool match, however, needed Ba to beat Labasa to have a chance of qualifying.

In the semi-finals on Saturday, Labasa plays Nadi at 4pm; and Suva battles Ba at 6pm.

Looking at the semi-finalists, Labasa is the only undefeated team left in the competition.

All other three teams have suffered a loss each.

Labasa has had a good fan base and will be a difficult team to beat.

Nadi has not earned an IDC title since 2002 and will be difficult to beat in front of their home fans.

Suva has been a consistent team making the semi-finals of all three major tournaments this season.

Ba displayed good football on the first two days but slipped on the last day.

They will also be looking to bounce back to winning ways in the semi-finals. 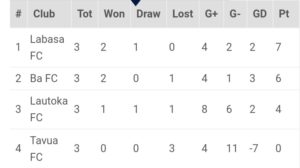 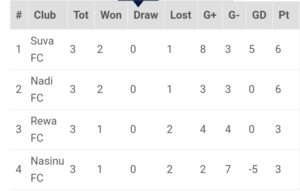