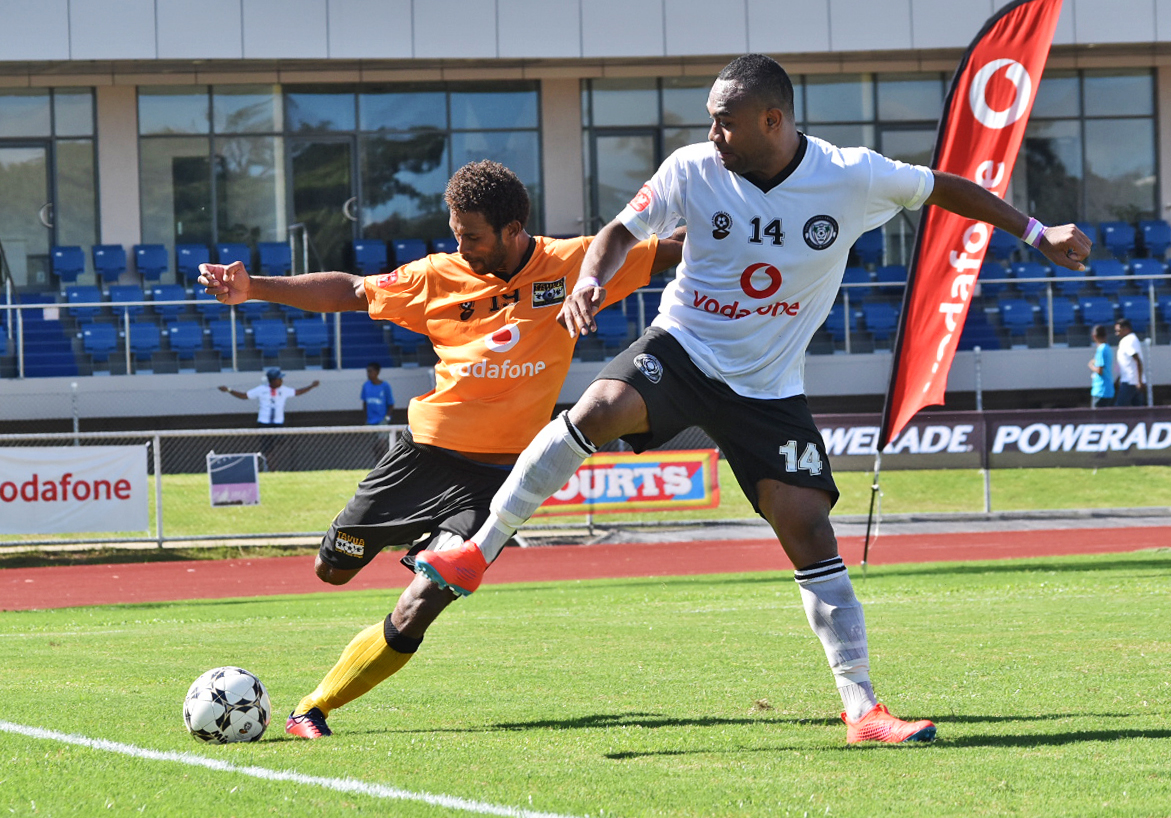 Action from the match between Suva and Tavua. Picture: BALJEET SINGH

TAVUA has bowed out of the 2019 Vodafone Fiji FACT after going down to Suva 6-1 at Churchill Park in Lautoka yesterday.

Kelvin Naidu opened the scoring in the 6th minute before Christopher Wasasala successfully slotted in from the penalty spot in the 20th minute – Suva 2-0 Tavua.

Feni registered his first for the day and Suva’s third in the 29th minute before Wasasala grabbed his second for the day in the 33rd minute.

Feni then scored twice in the second half to become one of the early contenders for the golden boot award.

He had also scored against Labasa on Friday to sit with four goals to his name so far.

Vilive Naulalevu scored the consolation goal for Tavua following his effort against the Blues.

With two heavy losses, the gold town boys become the first team to bow out of the tournament with a game in hand against Labasa.

Suva coach Saroj Kumar said they wanted to score more goals and concede none since Lautoka had a plus six-goals against Tavua.

“Now since they scored one against us we hope to hold Lautoka tomorrow (Sunday) and hope that Tavua does us a favour against Labasa. But overall happy with our first win.”

Tavua coach Nazeel Ali said they were drawn in a tough pool.

“It was a tough pool for us playing Lautoka then Suva but our players gave their best,” Ali said.

“We also lost some key players in the last transfer window but we will use the last match against Labasa as a build up for the Vodafone Premier League since that is far more important for us right now to remain in the Premier division at the moment,” he added.