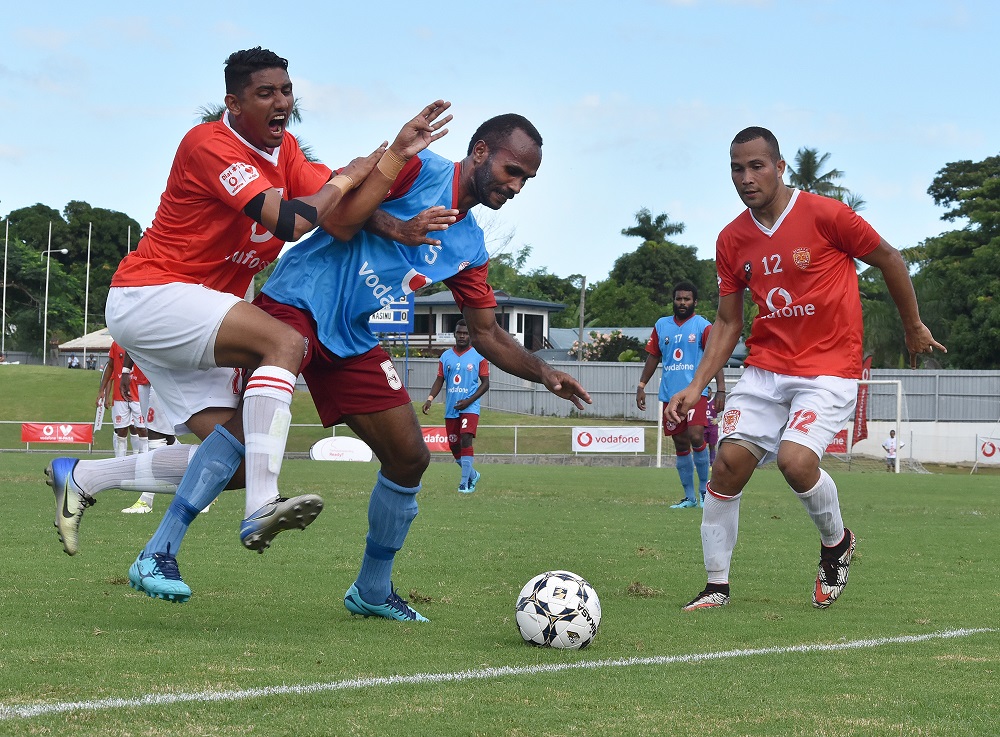 THE Pita Rabo-coached Rewa side was on fire in the opening match of the 2019 Vodafone Fiji FACT hammering Nasinu 3-0 at Churchill Park in Lautoka yesterday.

Olympian Tevita Waranaivalu proved to be the star in the fixture scoring a brace of goals.

Rewa dominated the first spell and Mohammed Ramzan Khan made it 3-0 before the break.

Nasinu was reduced to 10 players after central defender Mohammed Naizal copped a direct red card for dangerous play late in the match.

Rabo said the three points were what they were after in the first match.

He said the boys tried to rush things in the second spell and were unable to build on their half time advantage.

“We knew how hard Nasinu had prepared,” Rabo said.

Rewa will face Nadi in a crucial fixture this afternoon.

Rabo said a win against Nadi should see them qualify for the semi-finals next week.

“We are not worrying about the final right now,” he said.

“If we had been more careful and not made those individual mistakes, we would not have been in this position at the end,” Sivam said.

“It was rather unfortunate that we got a red card. The player retaliated but he was provoked, which the match officials missed.”