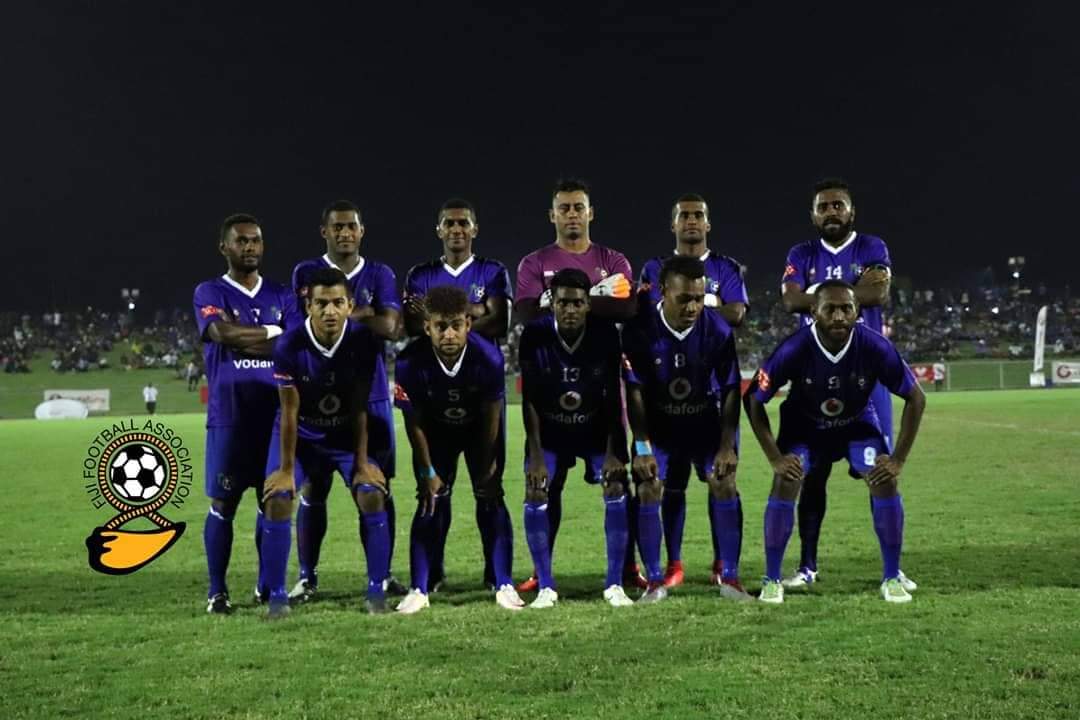 The Lautoka football side. Picture: SUPPLIED

LAUTOKA booked its spot in the Vodafone Fiji FACT semi-finals after seeing off a strong challenge from Labasa beating them 2-1 in a thriller during their group A clash at Churchill Park in Lautoka last night.

Blues captain Samuela Drudru brought the crowd to a roar when he picked up a slick pass from Benjamin Totori to hit a powerful right foot volley from outside the box into the Labasa goalmouth in the 44th minute putting his side in the lead at the break.

High drama at the start of the second half when a penalty was awarded to Labasa for a dangerous tackle from a Lautoka defender on Napolioni Qasevakatini.

Ilisoni Logaivou took the shot from the spot and struck it past Lautoka keeper Beniamino Mateinaqara in the 49th minute.

Lautoka midfielder Totori who scored three goals against Tavua in their first game was a thorn for the Labasa defence but was well marshalled by Labasa captain Iliesa Lino and Akeimi Ralulu giving him no clear chance.

But that changed in the 70th minute when Totori showed his magic, juggling the ball in the box and turning away from two defenders to chip the ball just out of the reach of Labasa keeper Akuila Mateisuva to score the winning goal for Lautoka.

Last round of group play began today at 11am.

Nasinu takes on Nadi and Labasa playing Tavua at 1pm.

Ba meets Rewa at 3pm and Lautoka will play their last game of the pool matches against Suva at 5pm at Churchill Park.