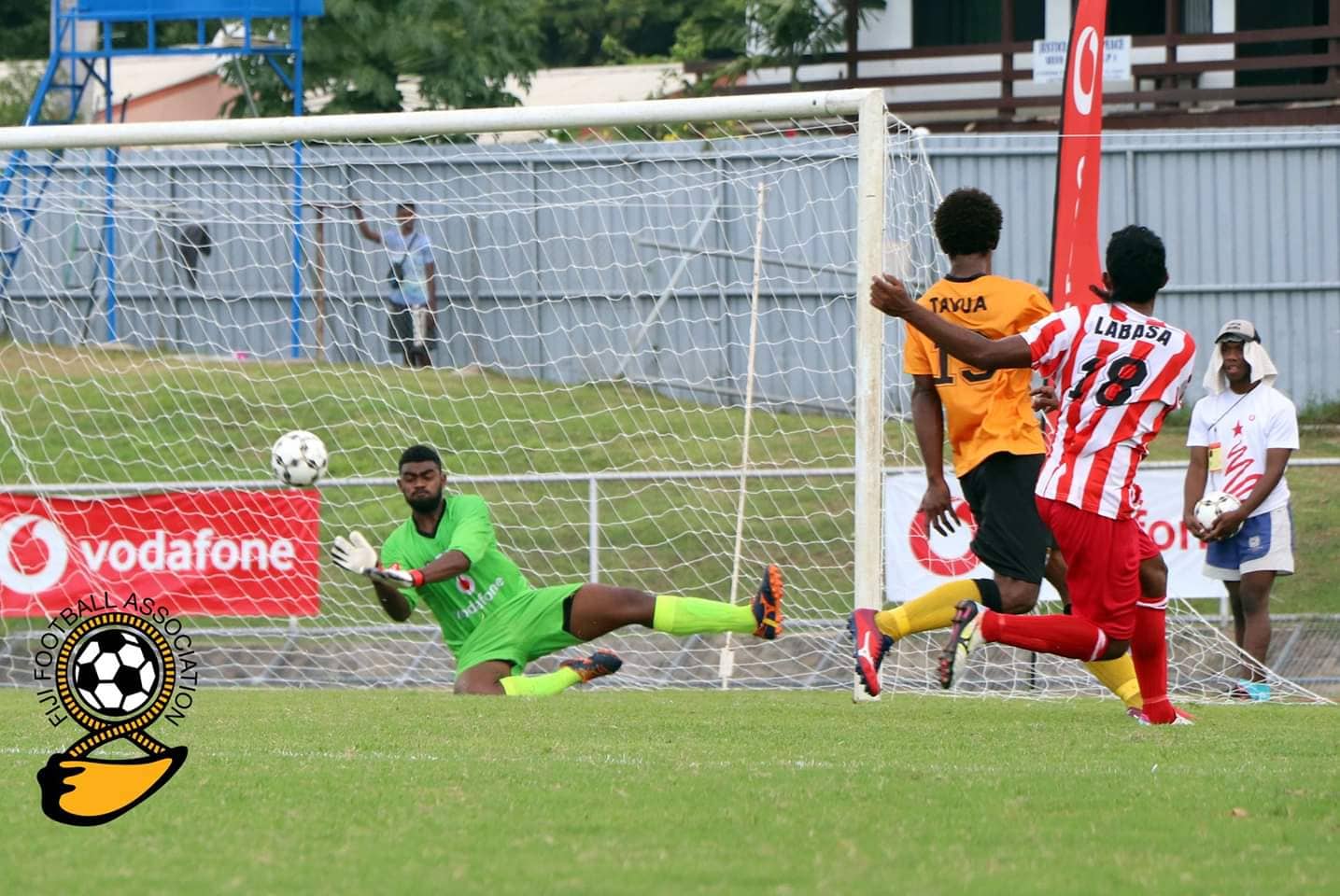 THE Labasa football side thrashed Tavua 8-1 in its final pool match at the Vodafone Fiji FACT this afternoon.

The northerners led 4-nil at the break.

Suva needs a draw against Lautoka to qualify for the semi-finals.

In an earlier match, Nadi and Nasinu played to a 1-all draw.

The Suva-Lautoka match kicks off at 5pm.