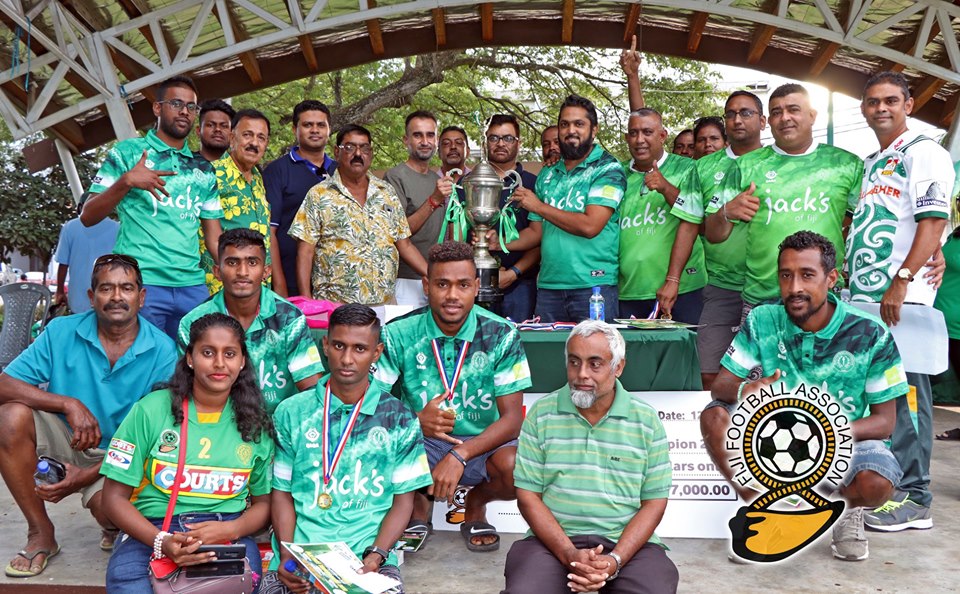 The celebrations started with a float procession through the town.

Nadi Football Association president Javed Ahmed said the prizemoney of $17,000 was topped up to $20,000 by Professional Valuations which was shared among the players who also received gift packs.

Ahmed said the title victory was historic because it was their first at Churchill Park in Lautoka since the establishment of the association in 1938.

He thanked all the supporters, sponsors, players and their family members who turned out in numbers for the celebration.

“During my term with the association, we lost to Ba in the final of the Inter-District Championship at Churchill Park and then went down to beat Rewa in the Battle of the Giants final at the same venue,” Ahmed said.

“So to break that winless jinx at Churchill Park is a remarkable achievement. We won this title with our own boys.

“Jeshal Kumar is the only player who we brought in when he returned from New Zealand.”

Rated as the underdogs after losing the first group match to Ba, Nadi came alive in the semi-final to oust favourites Lautoka 3-2.

In the final against Suva, Nadi was down by an early goal from Filipe Baravilala but came back in the second spell with Rusiate Matarerega getting the equaliser and Suva defender Remueru Tekiate’s unfortunate own goal sealing victory for the Jetsetters.

This was Nadi’s fourth Fiji FACT title victory in the last seven years.